Trending Now
You are at:Home»Featured»The Reagan Stimulus vs. the Obama One
By Dr. Paul Kengor on August 15, 2011 Featured, The Economy 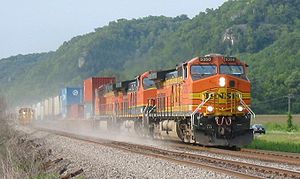 How ironic that as America debated its debt ceiling all summer and faced a stunning credit downgrade, the nation approached a most timely anniversary: It was August 13, 1981, that President Reagan signed the Economic Recovery Act. Understanding Reagan’s thinking 30 years ago is critical to discerning where we are now.

Reagan’s initiative was the antithesis of President Obama’s $800-billion “stimulus” that didn’t stimulate. The 2009 version was the single greatest contributor to our record $1.5-trillion deficit. It was, plain and simple, what Reagan didn’t do.

When Reagan signed the Economic Recovery Act at his ranch near Santa Barbara, it was the largest tax cut in American history. He also revealed leadership that Democrats and Republicans alike agree we are not seeing currently from the White House. Even the Washington Post called Reagan’s action “one of the most remarkable demonstrations of presidential leadership in modern history.”

The enemy that day was America’s progressive federal income-tax system, birthed in 1913 by Congress and President Woodrow Wilson. It was revolutionary, requiring a constitutional amendment. That tax, which began as a 1 percent levy on the wealthy, would rocket up to a top rate of 94 percent by the 1940s.

Ronald Reagan personally felt the toll. In the 1940s, the so-called “B”-movie actor was one of the top box-office draws at Warner Bros. Then a Democrat, Reagan saw no incentive in continuing to work—that is, make more movies—once his income hit the top rate. He also realized who suffered from that choice. It wasn’t Reagan; he was wealthy. It was the custodians, cafeteria ladies, camera crew, and working folks on the studio lot. They lost work.

Reagan viewed such rates as punitive, confiscatory—”creeping socialism,” as he put it. In speeches in the 1950s and 1960s, he blasted the tax as right out of Marx’s Communist Manifesto.

By the late 1970s, Reagan concluded that out-of-control taxes, spending, and regulation had sapped the economy of its vitality and ability to rebound. And so, on that August day in 1981, Reagan, with a Democratic House and Republican Senate, secured a 25 percent across-the-board reduction in income tax rates over a three-year period beginning in October 1981. Eventually, the upper rate would drop to 28 percent.

As biographer Steve Hayward notes, even when Reagan compromised with Democrats on tax increases in exchange for promised spending cuts in 1982, he “never budged an inch on marginal income tax rates.” Reagan understood that not all taxes, or tax increases, are equal.

After a slow start through 1982-83, the stimulus effect of the cuts was extraordinary, sparking the longest peacetime expansion in U.S. history. The “Reagan Boom” not only produced widespread prosperity but—along with the attendant Soviet collapse—helped generate budget surpluses in the 1990s. Carter-Ford era terms like “malaise” and “misery index” vanished. Only now has America re-approached similar misery-index levels, reaching a 28-year high.

Unfortunately, liberals have so maligned Reaganomics that they are unable to separate facts from myths—to the detriment of their party and president. Among the worst myths is that Reagan’s tax cuts created the deficit, even as the deficit increased under Reagan.

In fact, Reagan inherited chronic deficits. Since Franklin Roosevelt, the budget had been balanced a handful of times, mainly under President Eisenhower. From 1981-89, the deficit under Reagan increased from $79 billion to $153 billion. It peaked in 1983-86, hitting $221 billion. Yet, once the economy started booming, the deficit steadily dropped.

The cause of the Reagan deficits was the 1982-83 recession and spending—as is always the case. And, yes, the culprit was not just social spending by congressional Democrats but Reagan defense spending designed to take down the Soviet Union. What a bargain that turned out to be: It helped kill an “evil empire” and win the Cold War, paving the way for a peacetime dividend in the 1990s.

Yet it is clear today that we have refused the proper lessons of history. For one, our problem remains excessive spending. Obama must bear this in mind if he’s considering tax increases (which hamper growth) as part of his “balanced” approach to deficit reduction. More than that, the best “stimulus” relies on the tried-and-true American way: Let free individuals stimulate the economy through their earnings and activity.

Ignoring such realities explains the mess we face in August 2011—a millennium removed from the wisdom of August 1981.

(© 2011 Paul Kengor A version of this article first appeared in USA Today.)