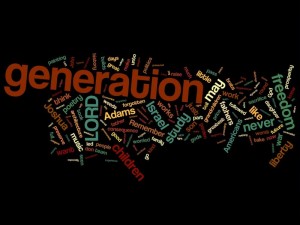 YESTERDAY, ALL MY TROUBLES SEEMED SO FAR AWAY

Remember when America was more Mayberry than Babylon, more Norman Rockwell than Robert Mapplethorpe?  Remember what it was like to wake up and not think that your own government was the biggest threat to your freedom and your future?  Remember what it was like to just plan for the day and dream of the weekend? — To raise a family, to go to church, play a little softball, have a round with the boys, or work in the garden?

When you took your son to Boy Scouts or your daughter to Brownies and never worried that in the doing, they’d be exposed to sodomy or tutored by Planned Parenthood?  When you dropped them off at school and your only worry was their grade point average or the kind of friends that they would choose? Oh sure, you may have worried about your son’s friends promoting gambling or marijuana; you may have been concerned that your daughter would be pressured to “put out” by the captain of the football team — but now, the state does all that.

Though some may be, most Americans are not apathetic leeches that seek the destruction of all that is good.  Most Americans just want to raise a family, coach a little league team, help at AWANA, or maybe work a second job to pay for Junior’s college tuition.  We want the harvest that freedom provides apart from the toil of laboring and nurturing in its fields.  We did not make the time to prune the tree of Liberty or weed freedom’s garden, and it didn’t take long for the weeds to set up camp.  The problem is that liberals, like weeds, don’t take a sabbatical.  And now, we’re over-run.

Adams, as a vital part of the “greatest generation” of Americans, would be grieved to have seen the consequence of his daydream — the 1960’s.  Those of the “worst generation,” knew much of music and poetry and very little of true liberty.  The “Me” generation and their residue are living proof that we don’t do posterity a solid by depriving them of any of life’s lessons; especially the experience that “eternal vigilance” really is the price of liberty.

The nightmare that culminated in the worst generation isn’t over.  The spoiled brats have taken the wheel and run the institutions that are running our country into the ash heap of history.  The lesson they never learned is that military victory is the price of freedom and no generation should be deprived of its consideration.

If John Adams’ sacrificial statement is truly noble, then who am I as a father or a grandfather to deprive my offspring of such nobility?

A generation that never learns accountability and sacrifice will not value their inheritance.  Like the immigrant that comes to our shores with nothing, lives frugal, works hard, and builds an empire only to see it squandered by trust-fund brats who never learn their father’s work ethic.   Dad, who wants to spare his children the toil of the calloused hand, unknowingly deprives them of the opportunity to build character and integrity.  A generation of Hiltons and Kardashians will not guide, protect and pass on liberty and prosperity, lest venereal warts and a tab from Juicy Couture are counted as a suitable foundation for the future.

I think Adams outgrew the pampered youth sentimentality, because he seems to contradict it with, “Posterity! You will never know how much it cost the present generation to preserve your freedom! I hope you will make a good use of it. If you do not, I shall repent in Heaven that I ever took half the pains to preserve it.”

Can you imagine a generation that doesn’t study politics and war?  What would be the consequence?  I think the answer is found in the headlines of the daily news.  A generation of sheeple, incapable of critical thought, who are easily led to their shearers, stupefied by SOMA and singing Beasts of England.

NOTHING NEW UNDER THE SUN

Ancient Israel experienced this kind of dynamic – the cycle of a great generation that builds peace and prosperity only to be displaced by a loser generation that forgets the reason for their blessings and so destroys all that their fathers had built.  The book of Judges speaks of Israel’s greatest generation, the one led by Joshua, and the losers that followed –

And the people served the LORD all the days of Joshua, and all the days of the elders that outlived Joshua, who had seen all the great works of the LORD that he did for Israel. And Joshua the son of Nun, the servant of the LORD, died … And also all that generation was gathered unto their fathers … and there arose another generation after them, which knew not the LORD, nor yet the works which he had done for Israel … And the children of Israel did evil in the sight of the LORD … And they forsook the LORD God of their fathers, which brought them out of the land of Egypt, and followed other gods, of the gods of the people that were round about them, and bowed themselves unto them, and provoked the LORD to anger. [See Judges 2:7-12.]

Republicans and Libertarians would like you to believe that we just need to go to the Austrian School of Economics and the Sea of Weeds will part, Pharaoh’s “Big Government” will be washed away and we will march into the Promised Land.  Well, whether you erect statues to Karl Rove or Milton Friedman, you may want to destroy the altars of Marx, Freud and Darwin first.  Until we examine the X-rays and realize the full diagnosis, we will only be treating a tumor with a Band-Aid.