Trending Now
You are at:Home»Featured»The Tea Party vs. NPR
By Dr. Paul Kengor on March 11, 2011 Featured, On Media 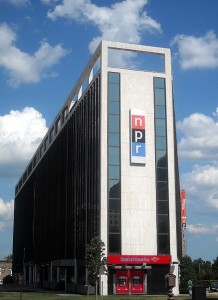 Not knowing he was being videoed, Schiller continued: “The current Republican Party is not really the Republican Party, it’s been hijacked by this group; that is, not just Islamo-phobic but really xenophobic. I mean, basically, they are, they believe in sort of white, middle-American, gun toting—I mean, it’s scary. They’re seriously racist, racist people.” (Click here for transcript and here for video.)

Schiller is being heavily criticized for these comments, as is NPR and elite liberal thinking in general. Schiller, NPR Foundation president and vice president for development (until these comments), is the Left’s latest exhibit in smearing the Tea Party movement as bigots, racists, fascists, Hitler-ites, followers of Attila the Hun, Torquemada, Genghis Khan, or whatever other handy demon.

Yet, what’s telling about Schiller’s comments is their lack of factual basis, an even greater sin from a man whose business, and erstwhile employer, is the reporting of facts. His comments are a PR problem for NPR, furthering the perception that NPR is not about unbiased reporting but primarily about opinion—a leftist opinion camouflaged as objective news.

As evidence for my perspective, I’d like to share some statistical information on the Tea Party movement. This information was widely published and is easily available to anyone, least of all a major news organization like NPR.

In March 2010, Gallup did a comprehensive survey of the Tea Party (click here). Gallup is the most respected polling firm on the planet, and not conservative. The headline Gallup chose to highlight its study speaks for itself, “Tea Partiers Are Fairly Mainstream in Their Demographics.”

That study found that 49 percent of “Tea Party identifiers” are Republicans while 43 percent are independents and 8 percent are Democrats. The majority are not Republicans.

As to Schiller’s strange “evangelical” comment, the study found that a little over a quarter of Tea Partiers describe themselves as “pro-choice” on abortion, suggesting a stronger libertarian presence than a uniform “evangelical” movement. That’s no surprise to anyone who has observed the Tea Party even casually.

The Tea Party movement was inspired by the breathtakingly reckless spending by the Obama-Pelosi-Reid Democratic leadership that took power in 2009. Its issues are far more economic/fiscal than religious/moral. There’s a more discernible Ayn Rand “Atlas Shrugged” element than a Jerry Falwell “Moral Majority” feel—and Rand was no evangelical.

Generally, Gallup’s survey indeed found that the Tea Party was “fairly mainstream” in its demographics.

At the same time as Gallup’s study, another survey was released, by Rasmussen. Particularly interesting about this survey was that it gauged public opinion—i.e., how others viewed the Tea Party. Overwhelmingly, by 62 percent to 12 percent, Rasmussen found that “Mainstream Americans” judged the Tea Party “closer to their views” than the Democratic Congress. By 68 percent to 16 percent, Americans deemed Tea Party members “better informed” than members of Congress.

This suggests, as a matter of statistical fact, that NPR’s Ron Schiller is the extremist when it comes to Tea Party views. That’s a claim I can make from data—which Schiller never offered.

This information is out there, and has been for a while. I know it because, I, too, work in a field where reporting and analysis must be based on information. Anytime I talk to someone who has been to a Tea Party rally, I ask questions. Before I form or adjust an opinion, I want to hear actual experiences. And beyond anecdotal examples, I’d like some hard data.

How could an NPR person—the pinnacle of the liberal news profession—ignore such information?

The answer is more psychological-political than logical. Many liberals despise the Tea Party movement because of its roots in opposition to Obama-Pelosi-Reid. Really, though, the Tea Party was inadvertently created by liberals—or, at least, by their reckless spending policies in Washington.

Yet, for many Obama supporters, that kind of careful analysis of opponents is jettisoned. They’d rather transmogrify their detractors into devils and gargoyles than try to understand them and perhaps even answer them.

In Ron Schiller’s take on the Tea Party, we have a member of the liberal elite constructing a reality of his own making, one that flies in the face of evidentiary experience, of thoughtful inspection.

Americans are gathering facts on the folks at NPR, and they don’t like what they’re hearing.