Trending Now
You are at:Home»Featured»The Triumph of Law Over Ideology
By Ken Connor on July 10, 2014 Featured, Law & Justice 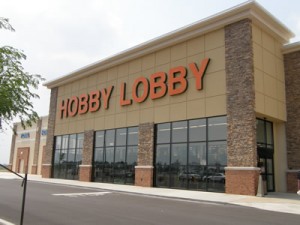 It’s been a week since the Supreme Court issued their ruling on the Hobby Lobby case, and there appears to be no end in sight to the Left’s outrage over the outcome. As expected, given the controversial nature of the issue at hand, most of the ire is reflexive and purely visceral. It’s unlikely that many are taking the time to actually educate themselves on the Court’s reasoning behind the decision. In their eyes, misogyny and religious fanaticism won out over women’s rights, period.

On the Right, there is a temptation to fall into essentially the same error: ascribing moral significance to what is in reality a legal decision. While its understandable that conscientious Christians are heartened by the outcome of this case, we must understand that the Court’s ruling in the Hobby Lobby case had virtually nothing to do with the Justices’ personal beliefs about the morality of abortifacient drugs, and everything to do – as should be the case – with the law.

In the face of the hysterical fallout over this decision, legal scholar Eugene Volokh penned a piece for the Washington Post aiming to explain the reasoning behind the Court’s ruling in layman’s terms. He distilled the decision into five simple points, which I’ve paraphrased here:

1. Congress has decided that religious objectors may go to court to demand religious exemptions from federal laws, when the law makes them do things that they view as religiously forbidden.

2) [W]hen a law requires . . . a corporation to do something that its owners believe to be religiously forbidden, it burdens the religious freedom of those real owners, and not just of the fictional corporation itself.

3) It is not the Court’s job to judge the rectitude or substantiality of a business owner’s sincerely held religious beliefs.

4) If the government can — even by changing the way its programs operate, and at some cost to taxpayers — both adequately serve its compelling interests and provide an exemption to religious objectors, then it must do so.

5. When both the government’s compelling interests and religious objectors’ religious beliefs can be adequately accommodated, Congress said that they should be accommodated.

The references to what Congress has “said” in this case refer to a law passed in 1993 called the Religious Freedom Restoration Act, something which also must be understood in its context in order to appreciate why and how the Court ruled the way it did in this case. Ryan T. Anderson, writing for Public Discourse, recently explained the provisions of “RFRA” and how they informed the reasoning of the Court:

“But what is RFRA? Signed into law by President Clinton in 1993, RFRA had broad bipartisan support: it passed with a unanimous voice vote in the House and by a 97-3 vote in the Senate. As Kim Colby explained yesterday here at Public Discourse, ‘RFRA implements a sensible balancing test by which a religious claimant first must demonstrate that the government has substantially burdened a sincerely held religious belief. The government then must demonstrate a compelling interest that cannot be achieved by a less restrictive means.’

Yesterday, the Court made it clear that the HHS mandate substantially burdened a sincere religious belief in an unnecessarily restrictive manner. To determine this, the Court first looked to the beliefs of the Hahns and Greens. The Hahns are devout Mennonite Christians, and the Greens are devout Evangelical Christians. Both families believe that they are obligated to run their businesses in accordance with God’s law as they conscientiously understand it. Neither family objects to contraception per se, but both believe that life begins at conception and that it is wrong to kill – or facilitate the killing of – that life. Thus, both families objected to four of the twenty FDA-approved HHS-mandated contraceptives because they have the potential to act post-fertilization and thus can kill a human embryo.

The Court did not second-guess any of these beliefs, nor did the Court judge whether these beliefs are right or wrong, true or false. The Court merely determined that the beliefs were sincere.”

This seems straightforward and simple enough. The Court is not saying they agree with the Greens and Hahn’s, they are simply saying that the requirement of the HHS mandate to provide coverage for abortifacient drugs constitutes a legitimate burden under the provisions of the RFRA.

So what’s really at the heart of the outrage over this decision? Quite simply this: Secular Progressives sincerely believe that their worldview is the only permissible one. They believe this so strongly, are so certain of the superiority of their values and convictions, that they think these beliefs should be backed at all times an in all situations by the force of law. In their eyes, there is no longer a place in civilized society for religion, and certainly no situation in which a person’s religious conscience deserves protection under the law. According to the worldview of President Obama and his ilk, the position of Hobby Lobby on this issue is simply illegitimate.

This conviction is evident in a piece by The Center for Inquiry’s Ronald A. Lindsay, who writing for the Huffington Post poses the “uncomfortable question” of whether or not we should have six Catholics on the Supreme Court. The way he reads the Hobby Lobby decision, it’s not a fair reading of the law that led the Justices to side with the plaintiffs in the case, but the influence of insidious Catholic orthodoxy that is responsible for the Court’s ruling. He cannot imagine how the HHS mandate could possibly burden anyone’s religious conscience:

“As indicated, it’s not just that five Catholic justices ruled that the government has to defer to the employers’ religious objections. It’s the reasoning on which the Court relied that causes concern. In explaining its decision, the majority made two very revealing points, one directly justifying its decision, the other distinguishing other, possible cases that might now cite Hobby Lobby as precedent. Both these points show how closely the majority adheres to Catholic teaching.

One question that many have had about the employers’ objections to contraceptive coverage is why are they claiming they are burdened? No one is forcing anyone to take contraception if they do not want to. It’s up to the individual employee to decide whether to take advantage of contraceptive coverage. So where is the burden on religious belief?

In Justice Alito’s majority opinion, he relies squarely on Catholic teaching about ‘complicity’ to explain the supposed burden. In doing so, he reiterates the argument that the Catholic Church has made in the dozens of lawsuits it has brought challenging the contraceptive mandate. According to the Church, it violates the moral obligations of a Catholic to do anything – anything – that would ‘facilitate’ the provision of contraception to an individual. So even if one is not using contraception oneself, if one facilitates access to contraception by others, a grave moral wrong has been committed.”

Surely Lindsay’s credulity over the complicity argument wouldn’t be as strong if, say, the issue at hand was an employer’s refusal to provide loaded handguns to all their employees. In that case, the burden imposed by complicity would be clear cut. Guns, according to reigning Progressive orthodoxy, are evil incarnate. Anyone who supports gun ownership or sells guns or promotes the 2nd Amendment is complicit in any and all criminal acts involving guns. If the government were to pass a law requiring corporations to provide handguns and ammunition to all their employees, you can be sure that there would be lawsuits and that the arguments would be very similar to the ones employees by the Hahn’s and Greens. People like Ronald Lindsay would write articles bemoaning the barbarism of making employers complicit in gun violence.

But this is because secular progressives like Lindsay and our President see guns as self-evidently evil and abortion as not, thus their insistence that it’s illegitimate to claim that financing the termination of nascent human life is a burden to one’s conscience. After all, says Lindsay, the business-owner isn’t the one taking the pill, so how could it possibly be their problem or any of their business at all? The irony is simply staggering, but then again, ideology is a potent force that can cause otherwise sensible people to do, say, and believe almost anything. The ideology of unrestrained human sexuality has led us to the point where any imposition upon consequence-free sex is viewed as violation of basic human rights.

Thankfully, five members of the Court were able to remove the lenses of ideology from their eyes, as is their job. They were able to evaluate the weight of the claims placed before them in the eyes of the law. Our Congress upheld the promises of the First Amendment with the passage of the RFRA, and the Court honored this by upholding the religious conscience of Hobby Lobby and Conestoga Wood Specialties. Thus, for the time being people who love God and the Constitution can take comfort in the fact that fidelity to the latter does not trump obedience to the former.

“But Congress also said that these decisions must turn on the facts of each exemption request . . . In future cases – for instance, ones involving race discrimination in employment, or insurance coverage for vaccination or blood transfusions – the result might be different. It might not be possible in those cases (as it is in this case) to adequately accommodate both the government interests and the religious objections. If that’s so, then those religious exemptions would not have to be granted. Wisely or not, Congress has required courts to sort through religious exemption requests, granting some and denying others. This is what the Supreme Court has done here.”

And this, after all, is why we have courts. It is the job of a judge to make sounds judgments in accordance with reason, the law, and the common good. For the time being, the weight on the bench seems to lean in favor of these virtues. Lord knows, it won’t always be this way.