Trending Now
You are at:Home»Featured»Time for a Leaner, Smarter Penal System
By Ken Connor on October 23, 2014 Featured, Law & Justice 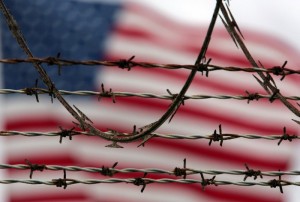 This week the Washington Post drew attention to a new Pew poll indicating that a majority of Americans believe it’s time to move away from the policy of mandatory minimum sentencing in nonviolent criminal cases. Many people probably don’t realize that in many instances involving criminal sentencing, judges aren’t actually permitted to do their jobs and judge. Their discretion is constrained by statutes that prescribe “mandatory minimums” for how much time a person must serve for certain crimes.

This policy is particularly problematic in situations where the crime is of a nonviolent nature, as are most minor drug offenses. The poll results represent a significant shift in public opinion since 2001, when the American public was about evenly split in their opinion of mandatory minimum sentencing. Like so much of our bloated federal apparatus, the prison system is sinking under the weight of unfunded mandates. There are simply too many prisoners, and not enough resources to meet the demands of their incarceration.

When it comes to criminal sentencing, politicians and policymakers walk a tightrope. They don’t want to appear to be soft on crime, but at the same time they want to demonstrate a pragmatic, effective use of public resources. One recalls how George H. W. Bush bludgeoned Michael Dukakis in the 1988 Presidential campaign with the Willie Horton case, a lamentable miscarriage of justice that garnered national attention.

In 1974, Horton fatally stabbed a gas station attendant and dumped his body in a trash can. Convicted of murder, Horton was sentenced to life imprisonment without parole and incarcerated in a Massachusetts prison. He was released in 1985 as part of a weekend furlough program but never returned, instead fleeing to Maryland where he raped a woman after brutally assaulting her boyfriend. He was later captured, tried, and sentenced in Maryland by a judge who refused to return him to Massachusetts stating, “I’m not prepared to take the chance that Mr. Horton might again be furloughed or otherwise released. This man should never draw a breath of free air again.”

The lesson of Willie Horton and its impact on the American public was not lost on politicians, and ever since they have wanted to appear tough on crime. The reality, however, is that we simply can’t afford to lock up every criminal who runs afoul of the criminal justice system.

In 2011 the Atlantic ran a piece on the skyrocketing cost of incarceration in America. At that time, one year at Princeton cost $37,000, while a year at a New Jersey state prison cost $44,000. Clearly, this is an untenable situation. So, in an era of tight budgets, how should our government mete out justice effectively and efficiently? I offer four very simple, common sense solutions:  Lock them up, Tie them down, Dry them out, and Make them pay.

Incarcerate violent, dangerous and repeat offenders. Violent criminals do not belong on our streets. Through their brutal and harmful actions, they have forfeited their right to live in a free society. They deserve to be locked up and they should be locked up to protect the public safety. Our law enforcement system should send a loud and clear message to violent criminals and would-be offenders everywhere: Commit a violent offense, forfeit your freedom. Engage in multiple-repeat offenses, forfeit your freedom.

Prison is an extremely expensive resource, and this scarce resource should be used judiciously. It should not be squandered on non-violent, non-dangerous offenders. All too often, prison becomes a training ground for non-violent offenders, a gateway on to more serious kinds of crime. Instead of incarcerating these individuals alongside seasoned criminals, non-violent offenders could be discouraged from re-offending using alternative methods, such as electronic monitoring devices, half-way houses and other restrictive means.

Much of our criminal activity is attributable to people who are drug-addicted and commit crimes to support their addiction. In order to stop such criminal behavior, we must deal with the root cause of the problem – drug addiction. It would be cheaper, and undoubtedly more effective, to provide drug addicts the resources to overcome their addiction and join the ranks of productive society than it is to throw them in jail, where their addiction is likely to persist and their habit of using crime to feed it becomes entrenched.

Address the addiction, and you are a long way down the road to overcoming the attendant criminal behavior.

Non-violent offenders who steal or destroy private property should be required to provide restitution to their victims. If they are incarcerated, they can’t generate the means of repaying their victims. This might sound old-fashioned or simplistic, but it’s an honorable and time-tested way of addressing these kinds of crime.

If a man takes another man’s property, he should be made to return it, and provide restitution for the harm done. He should have to look his victim in the eye and do what’s necessary to right the wrong done. Under our current system, victims of non-violent crime are left holding the bag, while the offender makes retribution to the State via incarceration. It’s expensive, and it doesn’t make any sense.

Bottom line: we need a sensible, pragmatic, and effective sentencing process. As with so many failed policies hanging around America’s neck like millstones, the current system is a result of politics being put ahead of practical wisdom. It is possible to be tough on crime, to protect the American people from the bad guys while using our limited resources wisely and effectively. All it takes is the political will to make a few simple changes. Here’s hoping the Pew poll is a forecast of things to come.