Trending Now
You are at:Home»Featured»Two Visions: The Nativity vs. the Occupiers
By Dr. Paul Kengor on December 27, 2011 Featured, Government & Politics, The Economy 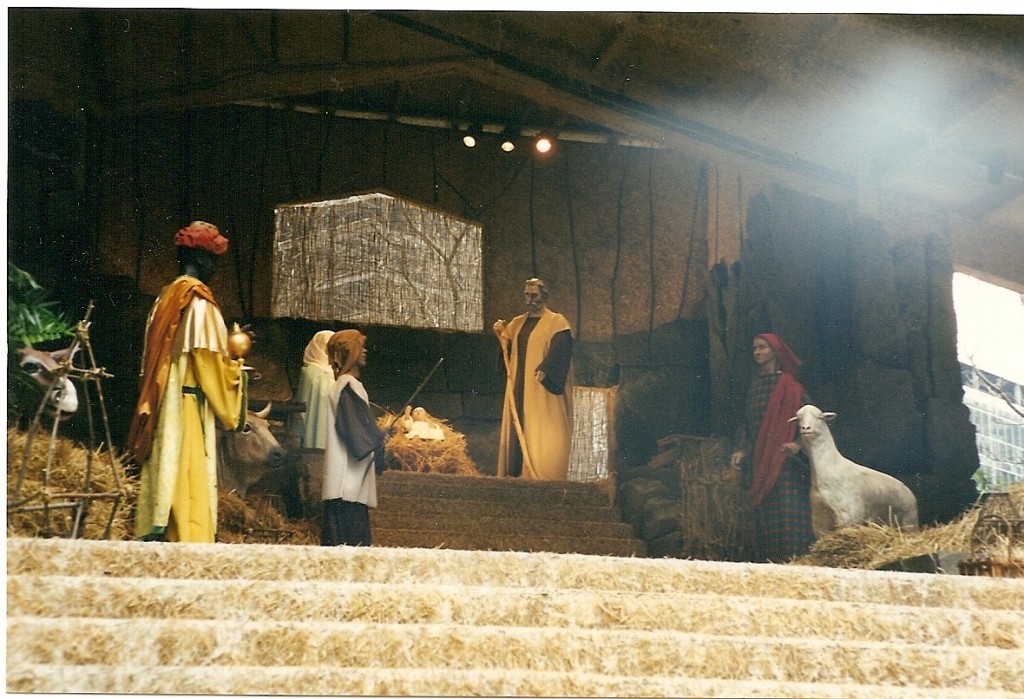 I recently strolled down Grant Street in downtown Pittsburgh and was struck by two images.

First, there was the stirring life-sized Nativity that each year is displayed on the property of the giant U.S. Steel building. It is an inspiring sight.

As I walked along, however, my eyes were distracted by something I was not prepared to see: an assembling of tents with an entrance sign declaring not “Hark!” or “Gloria in Excelsis Deo” but “Abolish Capitalism.”

The tents constituted Pittsburgh’s mini-version of Occupy Wall Street. It was “Occupy Pittsburgh.” Yes, right there at the core of the Steel City that literally won world wars and built America through capitalism.

The two images—the Nativity vs. Occupy Pittsburgh—are a stark contrast. They were separated by maybe 100 feet of space, but by light years in worldview. The Nativity is the true symbol of Christmas, of course—an attempt to recapture the real meaning of the secularized season. The Occupy movement, on the other hand, is intensely secular, despite its small presence of “social justice” Christians. Both symbols, however, share one thing in common: they are testimonies to the excesses of the extreme Left.

Consider first the Occupy movement: The Occupiers define themselves as against Wall Street specifically and big business and big banks and “corporate greed” generally. I don’t want emails from people telling me the Occupiers have a point here and there. Let’s not be fools. This is a self-professed, staunchly far-left movement rooted in anti-capitalism. Read their blogs, watch their interviews, look at their manifestos, stop by one of their outposts, read about their crimes and destruction of property—including (speaking of the Nativity) their smashing of a statue of Mary. Their message is unmistakable.

I’m most troubled by certain elements of the Religious Left hooking up with the Occupiers. For 100 years, far-left atheists who despise religion, who have relentlessly mocked and persecuted Christians and people of all faiths, have successfully recruited the Religious Left to their rallies under the rubric of economic and social justice—like sheep led to the slaughter. Believe me, I research it, I write books about it. The Occupy movement’s ability to attract the Religious Left is just the latest example of a century of cynical and remarkable political exploitation.

The folks at the Occupy protests in cities nationwide are the same who for decades have busily filed lawsuits to have Ten Commandments and crèche displays removed from courthouses. And that brings me back to that giant Nativity scene.

The Pittsburgh Nativity is a powerful response to what happened in the city some 20 years ago. In 1989, the Supreme Court took the case of the County of Allegheny v. the ACLU, where it considered the constitutionality of a Nativity scene and Menorah that for years happily resided on public property at two adjacent county buildings. Pittsburghers embraced both symbols; after all, it was Christmas and Hanukkah. The ACLU, however, recoiled at the sight, and rushed ahead with a law suit.

The court ruled on July 3, 1989, the day before Independence Day, when Americans commemorate the inalienable rights endowed to them and their nation by their Creator. It ruled that the Nativity violated the Constitution’s Establishment Clause.

The court case is historic, if not infamous. Not as familiar is the corrective now sitting aside the U.S. Steel building.

In 1999, 10 years after the court ruling, a group of inspired Christian leaders got together and erected the Pittsburgh Crèche, the world’s only authorized replica of the crèche in St. Peter’s Square in Rome, constructed from plans by Vatican architect Umberto Mezzana. It features truly larger-than-life renderings of the Holy Family. It sits gloriously at 600 Grant Street, a few hundred yards down the road from the county buildings where the ACLU fought a tiny little crèche. Baby Jesus rests on private property, where secularists can’t evict him.

Ironically, the bad economy that has spurred Occupy Pittsburgh has taken a toll on the Pittsburgh Crèche. The endowment funding the crèche is dwindling fast, leaving the Pittsburgh Diocese with the task of raising a pile of money—money that, like the property protecting the crèche, must be provided by the private sector, not the government.

Alas, there are two symbols positioned side-by-side in Pittsburgh, perhaps providentially. They represent two visions. One demands the abolition of capitalism; it is a sign of anger and despair. The other brings us goodness and light. If the Occupiers want hope, the answer isn’t in Washington or Wall Street but in the humble manger within their reach. They have a lot of time on their hands. I suggest a stroll down the street.

[Editor’s note: A version of this article first appeared in the Pittsburgh Tribune-Review.]