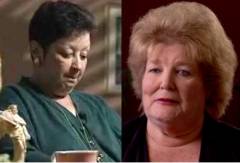 In the debate over abortion in the United States, two women’s names appear more frequently than any others: Jane Roe and Mary Doe, the plaintiffs in the companion 1973 Supreme Court cases that legalized abortion in the country.

With the 40th anniversary of those two cases – Roe v. Wade and Doe v. Bolton – this month, news media is already filling up with retrospectives from leaders on both sides of the issue about the past 40 years and the state of the abortion debate.

In the midst of this flurry of media coverage a woman named Sandro Cano has quietly issued a media release on a Christian newswire service calling for the two Supreme Court cases to be overturned. This in itself might seem unremarkable, until you learn Cano’s other name: Mary Doe.

Sandra Cano is none other than the plaintiff in Doe v. Bolton, the lesser known of the two Supreme Court cases that opened the floodgates of abortion in the U.S.

In 1970, a 22-year-old Cano was pregnant with her fourth child, after having lost custody of two of her children and adopting out the third. Abortion was illegal in Georgia, the state where Cano was living, except in extreme circumstances, but lawyers argued that she should be allowed to abort. In a decision released on the same day asRoe v. Wade, the U.S. Supreme Court agreed.

While the better known Roe v. Wade struck down all state restrictions on abortion pre-viability, Doe v. Bolton extended the right to abort through all nine months of pregnancy.

But Cano has since claimed that the whole foundation of Doe v. Bolton was a lie: that she never actually wanted nor requested an abortion and that she was tricked into signing an affidavit about abortion in the process of filing for divorce from her husband and seeking to regain custody of her other children.

According to Cano she actually fled the state when her mother and lawyer tried to force her into getting an abortion.

In 2003, Cano launched legal proceedings to try to overturn the case that bears her name. “I was nothing but a symbol in Doe v. Bolton with my experience and circumstances discounted and misrepresented,” she wrote in an affidavit at the time.

But while her attempt to have the case reheard failed, this hasn’t stopped her from working to overturn the case in other ways. In her statement this week, Cano reiterated her belief that she was “fraudulently used by the Court system to bring abortion to America.”

“No one should have a right to kill their children. No mother should ever want to do so,” she said, describing her case as a “covenant with death.”

Though McCorvey worked as an abortion activist for years after Roe v. Wade was handed down, she announced a conversion to the pro-life cause in the mid 1990s. The conversion came after the pro-life group Operation Rescue moved in next door to the abortion clinic where she worked, and she came personally to know several pro-life leaders.

“I was persuaded by feminist attorneys to lie; to say that I was raped, and needed an abortion,” Norma stated in last year’s ad. “It was all a lie.”

“Since then, over 50 million babies have been murdered. I will take this burden to my grave,” she said.

In 2003, Norma filed to re-open Roe v. Wade, a petition that was dismissed. Much like Sandra, however, Norma continues to speak out about her involvement in the case.

“I’m 100 percent sold out to Jesus and 100 percent pro-life,” Norma writes in a testimony published on her website. “No exceptions. No compromise.”

To many it will come as a shock that neither of the two women whose names are practically synonymous with legal abortion in America actually had an abortion, and that both are now both passionately pro-life and have dedicated their lives to trying to overturn the cases that bear their names.

That very few know about Norma and Sandra is thanks no doubt in part to the silence of abortion activists and a largely liberal and pro-abortion mainstream media, for whom the defection of the pair is an embarassment to be swept under the rug – especially given the women’s unflattering descriptions of the deceptive techniques abortion activists used to get them on board in the first place.

Both of the women were young, uneducated, poor, and ripe for exploitation at the time they became the center of a national firestorm. And both of them say that their cases were based upon outright lies: in Norma’s case, the lie that she had been raped, and in Sandra’s case, that she ever wanted an abortion in the first place. These are facts that are best kept quiet if Roe v. Wade is to stand.

But according to Troy Newman of Operation Rescue, the pro-life movement could also do a better job of telling their own history and reminding people of the precarious foundation of abortion in America.

“Most of the pro-life movement is new,” Newman said in an interview with LifeSiteNews.com, “and the mistake of leaders like me is that we don’t talk much about” the history of the movement.

“I was with Norma when she converted to Christian, and then later to Roman Catholic,” said Newman. “I’ve been in contact with Sandra Cano. And it’s like because I know it, I don’t repeat it.”

The challenge of educating the younger generations was driven home by a Pew Research poll released this month that found that only 44 percent of people under 30 even know that Roe v. Wade dealt with abortion.

But according to Newman, it’s critical that people know the facts about Roe v. Wade and Doe v. Bolton. “The foundation of Roe is cracking and crumbling all around us and the ones who prop it up do so artificially by ignoring the facts and the evidence,” he said.

“The abortion industry decided they know how to win on abortion, and that’s not to talk about abortion, and don’t talk about history. But when we look at the objective facts, like Sandra Cano and Norma McCorvey, so many others who were involved or had abortions, they’re against it now,” he said.

“And the only way pro-aborts seem to be able to propagate it is to hide the ugly truth of abortion,” he added. “Never talk about abortion. Don’t talk about those who converted, and don’t allow any intellectual discourse.”

The stories of Norma and Sandra are important, he said, because they demonstrate how “people that have had any experience with abortion or who have thought about it for any length of time, naturally become pro-life.”

“Sandra Cano and Norma McCorvey are no different,” he said. “They’ve seen the terrible side effects of Roe v. Wade, and what it’s wrought on society. Countless seas of wounded poeople. The horrible tragedy of abortion.”