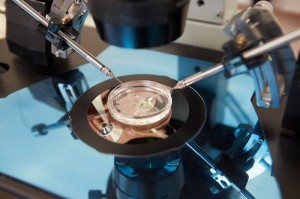 Last month the UK’s Department of Health quietly redefined the term “genetic modification” to open the door to allow certain kinds of modification of human embryos – thus potentially making it the first country in the world to allow genetic engineering.

Scottish journalist Lori Anderson recently raised the alarm over the change in a column in the Scotsman, in which she alleged that the change is designed to “dupe” the British public into accepting “full-scale germline genetic engineering,” using human embryos as test subjects.

Anderson said that in July, the Department of Health “effectively re-wrote the definition of ‘genetic modification’ to specifically exclude the alteration of human mitochondrial genes or any other genetic material that exists outside the chromosomes in the nucleus of the cell.”

“The reason for doing this is that it believes it will be easier to sell such an advancement to the public if it can insist that the end result will not be a ‘GM baby’.”

This change follows a statement from the Human Fertilisation and Embryology Authority (HFEA), the government body that regulates experimental research on human embryos, approving the procedure to create an embryo from one couple’s gametes but with genetic material added from a third party donor, a procedure called in the press “three-parent embryos”.

Anderson quoted a statement from the Department of Health comparing this procedure to donating blood. The statement read, “There is no universally agreed definition of ‘genetic modification’ in humans – people who have organ transplants, blood donations, or even gene therapy are not generally regarded as being ‘genetically modified’. The Government has decided to adopt a working definition for the purpose of taking forward these regulations.”

This assertion was challenged by one of the UK’s leading fertility researchers, Lord Robert Winston, who told the Independent, “Of course mitochondrial transfer is genetic modification and this modification is handed down the generations. It is totally wrong to compare it with a blood transfusion.”

The HFEA, which throughout its history has been known as one of the world’s most permissive regulatory bodies, has been working steadily towards allowing genetically modified embryos to be implanted in women undergoing artificial procreation treatments. In a document issued to the government last year, they called the insertion of mitochondrial DNA (mDNA) into embryos “mitochondrial donation” or “mitochondrial replacement”. mDNA is the genetic material found in the cytoplasm outside a cell’s nucleus, problems with which can cause a host of currently incurable genetic illnesses.

In the statement issued in June, the HFEA said the technique of inserting “donated” mDNA into already existing in vitro embryos, “should be considered ‘not unsafe’ for the use on a ‘specific and defined group of patients.’”

“Mitochondria replacement (or mitochondrial donation) describes two medical techniques, currently being worked on by UK researchers, which could allow women to avoid passing on genetically inherited mitochondrial diseases to their children,” the statement said.

The HFEA admitted that the techniques are “at the cutting edge of both science and ethics” and said that the results of a “public consultation” in 2012/13 were being examined by the government, which is considering “draft regulations”.

In June, the Society for the Protection of Unborn Children echoed Lori Anderson’s concern, commenting that the HFEA is attempting to deceive the public. Paul Tully, SPUC’s general secretary, said, “Human gene manipulation is being sold to a gullible public on a promise of reducing suffering, the same old con-trick that the test-tube baby lobby has been using for decades.”

He quoted Professor Andy Greenfield, the chairman of the scientific review panel that approved the techniques, who said that there is no way of knowing what effect this would have on the children created until it is actually done.

“We have to subject children who have not consented and cannot consent to being test subjects,” Tully said.

Altering the mDNA of an embryo is what cloning scientists refer to as “germline” alteration, meaning that the changes will be carried on through the altered embryo’s own offspring, a longstanding goal of eugenicists.

In their 1999 book, “Human Molecular Genetics” Tom Strachan and Andrew Read warned that the use of mitochondrial alteration of embryos would cross serious ethical boundaries.

Having argued that germline therapy would be “pointless” from a therapeutic standpoint, the authors said, “There are serious concerns, therefore, that a hidden motive for germline gene therapy is to enable research to be done on germline manipulation with the ultimate aim of germline-based genetic enhancement.”

“The latter could result in positive eugenics programs, whereby planned genetic modification of the germline could involve artificial selection for genes that are thought to confer advantageous traits.”