Trending Now
You are at:Home»Featured»United We Stand
By Ken Connor on June 18, 2015 Featured, Government & Politics 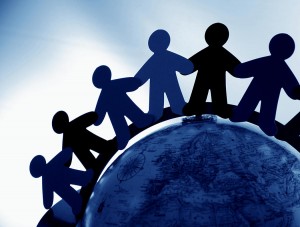 Survey after survey shows that Americans are more disillusioned with politics than ever before. They don’t trust that their representatives truly have their interests or the welfare of the nation at heart, but instead their own ambitions. How long has it been since anyone could say with confidence that the person representing them in Congress or in the White House was a grounded, authentic, principled, forthright, honest person? These days, there’s always an angle, and the tone is always divisive.

The entire contemporary political apparatus is built around the exploitation of identity politics and “wedge issues.” Politicians, and the political machines responsible for manufacturing and “running” them as candidates, identify our differences, zero in on those differences, and make their campaign appeals based on those differences. The result? A polarized electorate that increasingly sees politics as a zero-sum process.

According to the prevailing political narrative, the “electorate” exists as a loose collection of identity-based sub-groups including factors like ideology, race, religion, morality, age, sexual orientation, socioeconomic status and many others.

Pitting these groups against one another, or making them think that the other groups are somehow responsible for their grievances, is an excellent way to build a secure political constituency: “Vote for me! I’ll fight for you against the corruption and undue influence of X, Y, and Z!” “X, Y, and Z are ruining this country, vote for me and we’ll take America back, together!”

We’ve all heard it. The rhetoric of fear and division. Animosity and paranoia are great motivators. They get people to the polls and keep them voting the way they should.

It’s been this way for so long that the American people have lost sight of an important truth: We actually share far more in common than we realize. At the end of the day, most people want the same things out of life. They want to feel safe. They want the freedom to pursue their dreams. They want to be able to provide for their families. They want to leave a positive legacy for their children and grandchildren.

The endless harping on our divisions has caused us to lose sight of these common goods. It inhibits us from all putting on the harness an pulling in the same direction.

America faces huge challenges at home and abroad. At home we face a staggering debt that threatens to choke out the American Dream. Race relations are worse than they’ve been in decades. Distrust has grown between the police and the communities they serve. A perceived gulf continues to grow between “Main Street” and “Wall Street,” fanning the flames of class warfare.

Abroad, we face an enemy intent on destroying our freedoms, our way of life, and our lives. Our reputation as the leader of the free world has fallen into doubt. It will be hard to recover from these domestic and international problems if people continue to be distracted by politically-inspired infighting. We all have a stake in the preservation of our freedoms and our way of life, and if we don’t stand together we will fall separately.

Our forefathers recognized the importance of a national union. We are the UNITED States of America. Our founding documents emphasized the need for unity and the common good. We must reclaim that spirit of unity, and to do that we need leaders who are more interested in uniting us than dividing us.

As the run-up to Election 2016 slowly kicks into gear, we’ll be hearing a lot from the ever-growing field of candidates vying for our support. Voters will do well to pay close attention to the rhetorical strategies employed by each one. Do they appeal to our narrow interests at the expense of a greater vision? Do their comments unite or divide, produce unity or polarization?

Ecclesisates 4:12 tells us that “A cord of three strands is not quickly broken,” while Mark 3:25 cautions that a house divided against itself cannot stand. America is the most dynamic, diverse, and powerful nation in the history of mankind. There is nothing we cannot do when we put our collective mind and will to a challenge. But it is folly to think that we are too big or too powerful to fall.

If we cherish the blessings that come with being American, then we must be willing to band together for the common purpose of protecting and preserving those blessings. This should be our highest national priority.

We need leaders who will unite us, not divide us; who will point us to the common good, who remind us of what we share in common, not of what our differences are. In unity there is strength and hope for the future. In division, there is nothing but chaos and disintegration. We have a choice to make. Which path will we choose?