Trending Now
You are at:Home»Learn & Live the Faith»Evangelization»Universal Call to Detachment
By Mike Eisenbath on July 1, 2016 Evangelization, Featured 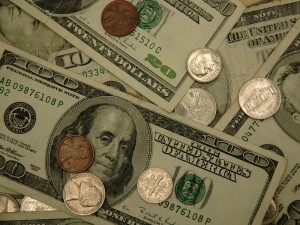 In a recent conversation, I mentioned to a friend that I had started writing a new book. He immediately seemed interested and asked about the subject. “Well,” I said, “it’s about how we’re all called to be saints and what that requires of us.”

“I look at a lot of the qualities of saints and the things Jesus tells us we need to be or do to get to heaven,” I added. “So it’s kind of a practical guide to sainthood.”

“What kind of things?” my friend asked. “Give me an example.”

I hadn’t expected to begin talking about this yet. Sort of like a woman in those first few days after learning she is pregnant, I am nowhere near ready to talk about a project that, frankly, might never see the light of day. But he’s a good friend, so I rolled a few things over in my mind. “Detachment,” I told him. After he asked what I meant by that, I briefly explained that it’s a spiritual concept essentially involving not holding on so tightly to things of this world that it prevents us from completely embracing things of heaven.

“I think I do that pretty well,” my friend said. “Can you tell me a little more what that’s about?”

Again, put on the spot. I’m still in the early stages of discerning what detachment means in my life, how to make it a reality for me when the secular world in general and the little piece of the world in which I live whispers and screams that it’s a foolish pursuit and ideal. Even many of the loudest voices of preachers and Church leaders tell us that God’s desire for us is personal prosperity and not detachment.

Off the cuff, I came up with this analogy: “Let’s say your house burns to the ground. You have nothing left and have to build from scratch. If that would happen to most people, they would take the insurance money and try to build a new house just as good as the one they lost.”

My friend went silent for a few moments. “No,” he said with blunt honesty, “I’d build a house better than the old one.”

“Perfection of life consists in drawing close to God. Heaven is the possession of God. In heaven God is contemplated, adored, loved. But to attain heaven it’s necessary to be detached from what is earthly. What is the life of a Carmelite if not one of contemplating, adoring and loving God incessantly? And she, by being desirous for that heaven, distances herself from the world and tries to detach herself as much as possible from everything earthly.”

St. Teresa of the Andes

St. Teresa of the Andes was a Discalced Carmelite nun who lived in the early 20th century in Chile. Born into a wealthy family, she put herself through a substantial change in character and world outlook after her upper-class upbringing and somewhat self-centered personality.

I wouldn’t call my upbringing “upper class” nor my family wealthy – at least not by American standards. I’d say we were solidly middle class, perhaps even slightly upper-middle class. And I’d say my family now is smack in the center of the United States middle class. With that in mind, however, that means we’re likely considered quite well-off relative to the rest of the world.

My family never has to wonder if we can afford to eat three meals daily. Although finances get tight now and then, we don’t scrape to pay our bills. Our house is loaded with “stuff” that we don’t need but don’t seem able to completely release. I think little of spending 10 bucks on lunch at Panera Bread or a buck and a half for a soda – or several dozen dollars for a ticket to a big-league baseball game.

Since I began formation with the Secular Carmelites a couple of years ago, the thought of detachment has fascinated me, intimidated me and attracted me all at once. But it’s not a foreign or new idea for Christians. Jesus preached its necessity. Among other things, Jesus once told one man who wanted to follow him that he should sell all he owned and give it to the poor. As impossible as that felt for that young man, so does it often feel to me. I can be self-centered and unwilling to let go of the things I enjoy about life on earth.

Carmelites aren’t the only Christians who understand the value of detachment for dancing into eternal life. In fact, Ignatian spirituality – the Jesuit order – has a marvelous Prayer of Detachment that I will try to make a part of my daily devotions:

I beg of you, my Lord,
to remove anything which separates
me from you, and you from me.
Remove anything that makes me unworthy
of your sight, your control, your reprehension;
of your speech and conversation,
of your benevolence and love.
Cast from me every evil
that stands in the way of my seeing you,
hearing, tasting, savoring, and touching you;
fearing and being mindful of you;
knowing, trusting, loving, and possessing you;
being conscious of your presence
And, as far as may be, enjoying you.
This is what I ask for myself
and earnestly desire from you. Amen.
Share. Twitter Facebook Google+ Pinterest LinkedIn Tumblr Email
Previous ArticleThe Fight for Religious Freedom in Catholic Schools
Next Article Don’t Feed the Trolls – It Just Encourages Them