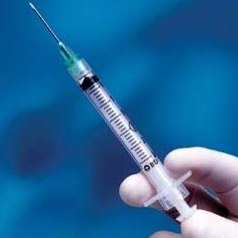 Despite mounting evidence of serious side effects associated with the use of injectable contraceptives, international aid programs continue to indiscriminately distribute Depo-Provera under various brand names worldwide.

Indeed, a coalition of family planning partners including the United States Agency for International Development (USAID), the Bill and Melinda Gates Foundation, PATH (Program for Appropriate Technology in Health), and others are seeking to inject even more vulnerable women in developing countries with risky injectable contraceptives.

To put it another way, Sayana Press is simply the latest weapon to be used by the West in its ongoing war against the fertility of poor women. For more than two decades, poorly trained “community health workers” have been pushing Depo-Provera injections in many African and Asian countries.

In many instances, injectables contraceptives have been provided to women directly even though the drugs are supposed to be administered only by authorized personnel. An on-the-ground PRI investigation in Kenya in 2003 found that injectable contraceptives (under the Femiplan brand) were being sold over-the-counter in local grocery stores and pharmacies. Even though drug shop operators in places like Uganda are not allowed to sell or administer injectable contraceptives, USAID funded programs admit that many operators do it anyway.

Years ago, family planning programs also distributed Cyclofem (a DMPA + estradiol based drug) for self-injection. The drug formulation for Cyclofem was available in the U.S. under the brand name Lunelle. The drug manufacturer for Lunelle, Pharmacia, was forced to recall the drug from the U.S. market in 2002.

The Sayana Press project funders are pushing more for developing countries to allow women to self-inject the drug at home, away from the supervision of a health care professional. In this way they hope to increase the number of women who use injectable contraceptives and, of course, achieve their real goal, which is to decrease the birth rate.

True to form, the training materials and job aids used in Sayana Press acceptability studies fail to provide complete information on the possible side effects of the drug. This could constitute a violation of the Tiahrt Amendment which guarantees “informed consent.”

If family planning providers are not taught about certain health risks associated with Sayana Press, how will women receiving these drugs ever know about the health risks involved? How can a woman give her informed consent to a drug if she is not told of the possible adverse medical consequences she may suffer as a result?

The active ingredient in Sayana Press—depot medroxyprogesterone acetate or DMPA—has been associated with a number of adverse side effects.

Reported adverse events associated with DMPA in published journals include venous thromboembolism[1] (which can lead to a life-threatening blood clot in the lungs), severe vision loss and blindness[2] ,[3] (retinal venous occlusion), breast cancer,[4] delayed return of fertility, and weight gain.

A peer-reviewed study[5] conducted by the Population Research Institute (PRI) found that women were 49% more likely to contract HIV when using DMPA than women not using hormonal contraception. Widespread distribution of Sayana Press and other DMPA contraceptives in areas of Sub-Saharan Africa where HIV prevalence remains high could have disastrous consequences for the spread of HIV/AIDS.

Sayana Press pilot projects have already been conducted in Burkina Faso, Niger, Senegal, and Uganda, with over 230,000 injections administered as of 2015. USAID is also currently supporting another pilot program in Bangladesh, while FHI 360 has plans to conduct clinical trials on women in Malawi to study the “suitability” of self-injection.

Much of the funding for these pilot programs has come from USAID, which is going all out to introduce Sayana Press in Sub-Saharan Africa. For example, USAID has provided financial assistance to FHI 360 for a project called PROGRESS which has been involved with the introduction of Sayana Press in Senegal and Uganda. FHI 360 has provided research, monitoring, and supervision on the effectiveness of the Sayana Press campaigns in those countries and has provided training for DMPA providers.

In partnership with PATH, FHI 360 created a complete training program for those pushing Sayana Press which has been “made possible through the generous support of the American people through the United States Agency for International Development (USAID).”

These training materials fail to inform community health care workers of several risks associated with DMPA. In fact, following a highly controversial recommendation from the WHO, they deny one of the most serious risks. Against all the evidence to the contrary, workers and women are now being told that there is no added risk of contracting HIV/AIDS from the use of Sayana Press.

This is unconscionable. It is well established that Depo-Provera users have an increased risk of contracting HIV. Yet not only is Sayana Press being introduced into countries which have a high prevalence of HIV, those pushing it are deliberately putting women at risk by falsely assuring them that there is no danger.

The training courses designed by PATH and FHI 360 indicate that Sayana Press can be administered to:

“ Any woman of reproductive age who desires an effective, reversible, and long-lasting method, including a woman who… has a sexually transmitted infection including HIV .”

In many places, distribution of Sayana Press has relied largely on community health workers (CHWs). In Uganda, village health teams (VHT) administer injectables in addition to providing other health services in their communities. CHWs and VHTs are not licensed health care professionals. To qualify as a CHW in Senegal you only have to (1) be 25 years of age or older, (2) a resident of the community, and (3) have a primary school education and/or literacy in French. Almost half of CHWs in the Senegal trial had no more than a sixth grade education.

The training course for VHTs does not even mention that Depo-Provera can cause a loss of bone density and an increased risk of bone fracture. The FDA requires that U.S. woman be informed of this fact, but African woman are kept in the dark.

How likely is it that a CHW would be able to diagnose the numerous health conditions that could contraindicate the use of Depo-Provera? Not to mention that they have neither the resources nor the skills necessary to deal with complications when they arise, except to give the useless advice that women suffering complications should travel to an often distant health clinic for evaluation.

The Ministry of Health in Senegal had to change its national policy so that minimally trained CHWs could legally distribute Sayana Press. Behind this change, we at PRI are convinced, are USAID-funded NGOs, who strong-armed the government into it.

According to the Medical Eligibility Criteria for Contraceptive Use (the recommended guidelines for contraceptive use from the WHO) generally advises against the usage of DMPA for women with antiphospholipid antibody syndrome (APS), a rheumatic disease. However, in Uganda, USAID funded FHI 360 patient screening checklists do not even ask women about a history of rheumatic disorders. Contrary to WHO recommendations, Uganda screenings also fail to take into account multiple conditions that can cause heart attack or stroke such as age, smoking, obesity, high blood pressure, diabetes, and lupus.

Studies[6] have shown that DMPA can be found in breast milk for women using Depo-Provera. It is uncertain whether DMPA in breast milk can adversely affect infant health. The WHO generally advises against DMPA usage for women less than 6 weeks postpartum.

Yet contrary to WHO recommendations, USAID funded patient screening checklists in Kenya indicate that women are eligible to receive injections only 4 weeks postpartum. Enzyme systems are significantly less developed in infants less than six weeks after birth.

While countries are not required to adopt WHO recommendations on contraceptive use, U.S. law requires that entities receiving federal taxpayer dollars must provide informed consent for any family planning method in overseas aid programs. The Tiahrt Amendment has been included in foreign operations appropriations since 1998 and states in-part:

[T]he project shall provide family planning acceptors comprehensible information on the health benefits and risks of the method chosen, including those conditions that might render the use of the method inadvisable and those adverse side effects known to be consequent to the use of the method …. the project shall ensure that experimental contraceptive drugs and devices and medical procedures are provided only in the context of a scientific study in which participants are advised of potential risks and benefits.

Tiahrt requires family planning programs to provide informed consent to their clients, especially when experimental uses for contraceptives, such as the self-injection of Sayana Press, are involved. Women must be provided with full information on possible health risks associated with any family planning methods they are offered.

Women on the receiving end of Sayana Press programs—and other programs involved the use of Depo Provera—do not appear to have been given adequate information on FDA- and WHO-recognized health risks associated with this drug. Failure to provide complete information on health risks constitutes a violation of the Tiahrt Amendment’s informed consent provision.