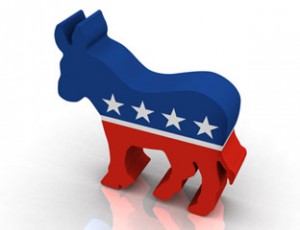 LifeSite News recently reported that “the Democratic Party is already losing seats to Republicans, as a growing number of elected officials are changing parties over issues like the right to life, the definition of marriage, and the Obama administration’s mandate that religious institutions cover abortion-inducing drugs in their health care plans.”

Among the most recent defectors is a Catholic legislator from Pennsylvania.

According to the Altoona Mirror, “One of Blair County’s prominent Democrats, Jo Ann Nardelli, said Wednesday she has switched her voter registration to Republican because she can no longer support Democratic initiatives like same sex marriage.”

“As the Democratic Party has taken the stand for same-sex marriage, then I must make a stand on my faith that marriage is between a man and a woman. God’s principles for life never change. His guidelines, given in Scripture, produce fruitful lives when you follow them,” Nardelli said.

This, of course, is very welcome news in Catholic circles; anytime a lost sheep returns to the fold (not by joining the Republican Party, per se, but by renouncing associations that are incompatible with the Faith), “there is joy before the angels of God” (Luke 15:10).

That said, let’s be honest; if the Church in the United States was anywhere near healthy, word of a Nardelli-like defection would elicit much the same reaction as news that a vegan had just quit her day job at the slaughterhouse: Why the Hell was she ever there in the first place?

Nardelli indicated that until recently she had always believed that there was room for her Christian values in the Democrat Party — a proposition that by all reasonable standards is nothing short of delusional. There’s way more evidence in favor of Big Foot, so why she believed this is anyone’s guess.

Every bit as ludicrous is Barack Obama’s assertion that he’s a Christian — a whopper of such epic proportions that only other non-Christians consider it plausible.

And please, spare me the weak-kneed “Who are we to judge who is Christian and who is not?” blather.

Any authentic follower of Christ with an ounce of common sense can recognize who is, and who is not, one of their own. Discerning the wiles of an imposter like Barack Hussein Obama is no more the sin of “judgmentalism” than spotting a Cadillac on I-95 and proclaiming with assurance that it’s not a motorboat.

If the voice of the Church wasn’t as muffled by ecumenical hyper-sensitivity and political correctness as it has been for the last several decades, the hierarchy in America would have long since made it clear that any claim to the name “Catholic” (or even some generic form of “Christian” for that matter) is utterly incompatible with active membership in the Democrat Party.

And yes, you read that correctly. The Catholic Church is the only authority established by Christ on earth; therefore, our prelates have every right (and indeed every duty) to firmly and publicly denounce anyone who plays fast and loose with claims of “Christian” identity, including those who do so while giving succor to Satan’s right hand men and women in the Democrat Party.

In fact, I can’t think of one good reason why the Church shouldn’t issue a formal decree strictly forbidding Catholic support for the Democrat Party. (And no, I don’t consider the risk of inviting a challenge to the Church’s tax exempt status one of them.)

Imagine the following statement being issued by the Congregation for the Doctrine of the Faith:

“The Church’s negative position on the Democrat Party exists because their principles have long been regarded as irreconcilable with the Church’s doctrine. Hence, joining them is prohibited by the Church. Catholics enrolled in activities in support of the Democrat Party are involved in serious sin and may not approach Holy Communion.”

Of course, no such statement is likely in our lifetime, but a nearly identical one was issued by the CDF in 1983 concerning Free Masonry, and the most noteworthy difference between the Democrats and the Masons is that innocent human beings aren’t being exterminated by the hundreds of thousands each year in this country alone thanks to the efforts of the latter.

For decades now, ersatz “Catholic” voters, legislators and party officials have been bastardizing the Lord’s (and the Church’s) good name by cloaking themselves in the seamless garment of social-do-goodism while serving the Democrat cause, all with nary a peep from — not all, but the vast majority of – the American bishops.

One of the reasons is the widespread perversion of the Church’s social doctrine wherein Democrat sponsored big government programs have been promoted more aggressively by our prelates than the virtue of taking responsibility for oneself and one’s neighbor — the former having all but led to a hammer and sickle watermark showing up on USCCB letterhead.

In the meantime, most honest-to-goodness Catholics over the age of reason have put two-and-two together on their own and come to the realization that Joe Biden, Nancy Pelosi, Barbara Mikulski, John Kerry, Kathleen Sebelius (and the rest of their ilk) are really little more than buck naked heretics who are undeserving of the name “Catholic” much less our support.

As for the 54% of self-identified “Catholic” voters who cast a ballot in favor of Obama four years ago, a little more episcopal firmness may not help them, but it certainly couldn’t hurt.

“Choose this day who you will serve” has a lot more impact when the choices are clearly delineated: With the Lord or against Him; Catholic or Democrat; life or death…

The Council Fathers had this to say:

This Sacred Council wishes to turn its attention firstly to the Catholic faithful… They are fully incorporated in the society of the Church who, possessing the Spirit of Christ accept her entire system and all the means of salvation given to her, and are united with her as part of her visible bodily structure and through her with Christ, who rules her through the Supreme Pontiff and the bishops. The bonds which bind men to the Church in a visible way are profession of faith, the sacraments, and ecclesiastical government and communion (LG 14).

By this measure, there simply is no such thing as a Catholic who in any way, shape or form supports the Democrat Party; and that includes either being, or casting a vote for, one of its oxymoronic “pro-life” candidates.

In reality, Jo Ann Nardelli’s defection from the Democrat Party is even more profound than most news organizations are reporting as she who had ceased being Catholic (in spite of any good intentions, delusions or claims to the contrary) quit her day job at the slaughterhouse that is the Abortionist / Homosexualist Party and came home to the Church. You see, far more than just a story about a change in party affiliation; Nardelli’s is a metanoia of Pauline proportions.

So, by all means, when erstwhile lost sheep decide they can no longer stomach the filthy slop that lines the Democrat troughs and come back into the Catholic fold, “let us get the best robes and put it on them, and put rings on their hands and shoes on their feet, and bring the fatted calf and kill it, and let us eat and make merry” (cf Luke 15:22-24), but for the love of Christ, can we at least be clear about why we’re celebrating?