Trending Now
You are at:Home»Featured»Vote Your Vision
By Ken Connor on October 31, 2012 Featured, Government & Politics 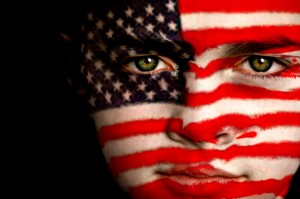 President Obama has said many times that this election represents a choice between two very different visions for America.  Do we want to go back to the same policies that got us in so much trouble in the first place or do we want a fresh start for America, a new vision leading to a bright future for our nation?  The President is absolutely correct.  This election promises to be the most consequential in modern times.  How you assess this choice, however, will be very different depending on whose candidate’s vision you share.

When President Obama refers to the “policies that got us into this mess in the first place,” that is code for “the policies in effect during George W. Bush’s time in office.”  To be sure, President Bush was no model conservative on matters fiscal.  During his presidency, the deficit increased by almost $5 trillion.  Our dependency on foreign debt skyrocketed.  America’s financial sector, in league with government policymakers, engaged in reckless gambling with the housing market.  These actions certainly didn’t put America in a desirable position.

President Obama promised to turn things around.  He said that our debt and deficit were “unpatriotic.”  Yet four years later, we’ve added another $5 trillion to our deficit and our national debt now exceeds 100% of GDP.  The unemployment rate is stalled and some economists are predicting a double dip recession.  Dependency on government is growing and confidence in America is shrinking.  The President who sailed to victory in 2008 on the wings of hope and change has piloted America to the brink of a precipitous fiscal cliff, and aside from “asking people at the top to pay a little more” one is left to wonder what his plan is to pull us back from the edge.  Some people see all this and say the President simply needs more time to right the ship.  Others see his actions as antithetical to recovery and are ready for a new president and a new path.  Which vision do you see?

Barack Obama was a famous critic of the Bush administration’s lack of transparency.  He promised us that an Obama administration would be the most transparent administration in American history.  Four years later we have Obamacare, a law crafted behind closed doors and so ponderous that Nancy Pelosi said we had to pass the law so we could find out what was in it; the “Fast and Furious” scandal, at the heart of which is an Attorney General likely guilty of obstructing justice; and the deadly terror attack on America’s consulate in Benghazi, Libya.  Billions in taxpayer dollars have been funneled to now insolvent green energy firms and the price at the pump has doubled.  We have a President who believes that government-subsidized birth control is more important than the constitutionally-established freedom of religion, who values a progressive social agenda over the sanctity of life and marriage, and who believes that putting “daylight” between America and Israel is an effective way of projecting strength to our enemies in the Middle East and elsewhere.

Some people see all this and say the President is making good on his pledge to “fundamentally change” America for the better.  Others see him chipping away at the founding values that make this country a beacon of freedom, strength, and prosperity.  Which vision do you see?

Much of the legacy we leave our children and grandchildren will be determined by the vision of the man who leads our country through the next four years.  As the President has said, the competing visions couldn’t be clearer.  You should think long and hard about what you want the legacy for your children to be, and then be sure to get out and vote.

The stakes couldn’t be higher, nor the consequences greater.