Trending Now
You are at:Home»Columnists»Waterboy, Where are You Hiding?
By Rev. Tucker Cordani on April 3, 2015 Columnists, Featured, History, Live in Christ 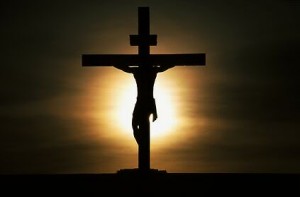 John Mark was only a boy when he met Jesus. His mother Mary, a prominent member of the seventy disciples who followed Jesus throughout his three-year ministry, opened her home to the Lord and his Apostles. In the upper room of Mary’s house they held the Last Supper. Six weeks later the Apostles and Mary the Mother of God waited in prayer for the Holy Spirit at Pentecost (Acts 1:13-14). The home of Mark and his mother Mary was our first church.

Reliable tradition ascribes that Mark was one of the water boys at the wedding of Cana, and that he drew water from a well that Jesus used to wash the feet of his disciples (Jn 2:6-7, 13:1ff). Before the boy’s eyes Jesus turned water into wine. Mark drew more water from the well in the hopes of witnesses another miracle wrought by the hands of the Lord.

That night after they celebrated the Passover the soldiers arrived at Mary’s house looking for Jesus.

“Judas, who? Why aren’t you with Jesus on the Mount of Olives?”

“Is that where he is? Give me some rope to hang myself with and me and my soldiers will be on our way there right now.”

The soldiers waited in outside the house in the street. Judas, still stinking from Jesus’ rebuke, “Friend, what you are going to do, do quickly,” had revenge on his mind. Payback’s hard. He led the band armed with clubs and swords to the garden where he had met with Jesus many times before. There they found the Lord rapt in prayer and eager to drink the chalice of suffering prepared for him by his Father.

Mark listened to Mary’s conversation with Judas through his his bedroom door. “I’ve got to warn Jesus,” he thought. So he snuck from his house and ran to the garden east of the city to warn Jesus by when he arrived the soldiers already had apprehended Jesus.

It was very warm that night and Mark arrived at the garden wearing nothing but loincloth. He wrote himself into his own narrative as a cameo. “Now a young man followed him wearing nothing but a linen cloth about his body. They seized him but he left the cloth behind and ran off naked”(Mk 14:51-52). This curious insert tells me that Mark wanted to position himself as an eyewitness to the Passion. In doing so the evangelist cements the credibility upon which his work is founded. He set the standard for the gospel, a unique literary genre that he invented. Of the 650 verses of Mark’s gospel 600 appear in Matthew and 350 are in Luke. John’s narrative acknowledges the primacy of Mark.

The Gospel According to Mark is the shortest of the four canonical gospels and the first to be published (AD 60). Saint Mark wrote his story thirty years after the crucifixion based on the recollections and sermons of Saint Peter, who referred to Mark as “my son” (1 Pt 5:13). Peter was kinder toward Mark than was Paul, for both men solicited his services as a missionary and evangelist.

The gospels themselves, Matthew, Mark, Luke, and John, had a long birthing process. The genesis of these faith accounts of the life, passion, death, and resurrection began with the preaching of Jesus himself: his ministry, healings, miracles, parables, sermons, and teachings¾everything he said and all the acts he performed. The healings, the raisings, the wheelings and the dealings with the devil.

After Jesus died the disciples carried on the apostolic preaching, teaching generations of Christians the truths of the faith, based on the grainy memories of events that seemed too hard to believe. When the last eyewitnesses of the life of Jesus were martyred or died off the Church believed that it was necessary to write down the facts of Jesus’s life and to be publicized for posterity. Aren’t we glad that they did? Without the courage and faith of evangelists like Mark we would have no collective memory of the faith.

Mark’s gospel has been described as “a passion narrative with a long introduction.” This ‘gospel of the martyrs’ bears the theme of the Passion of Christ and the cross to which he was nailed that stands revealed as the tree of life. Mark, now a seasoned missionary and evangelist, addressed his gospel to the Christian community at Rome in the 60s whose members were being persecuted by Roman officials. In his mind, the disciples needed to be reminded of the sufferings of the Lord and to follow his example.

Tertullian (d. AD 220) famously wrote, “The blood of the martyrs is the seed of Christianity.” How great the garden has grown. Mark recalled the morning before Passover when he witnessed the triumphant entry of Jesus into the city on the back of an ass as believers laid leaves of grass on the pathway before him. “Hosanna, Hosanna in the highest. Blessed is he who comes in the name of the Lord” (Mk 11:9-10; Ps 118:26).

Based on Mark’s writing it’s likely that he was an eyewitness to the crucifixion. Much of the material that he used to write his gospel came from Peter, but Peter wasn’t present on Calvary on the day the Romans crucified the Lord. He and most of the Apostles fled after officials apprehended Jesus. Cowards maybe, but let the record show that they rarely understood what Jesus tried to teach them.

The final three chapters of Mark (“a passion narrative with a long introduction”) are a breathless narrative pockmarked by details of the sufferings that the Lord endured. Who would believe what we heard? A good man is surrounded by opponents, betrayed by a friend, denied by another, abandoned by most of his followers. All these happenings Jesus prophesied: “This night all of you will have your faith in me shaken, for it is written: ‘I will strike the shepherd, and the sheep of the flock will be dispersed’”(Mt 26:31). Those with him at table fell silent and each man secretly wondered, “Surely it is not I, Rabbi?”

God breaks into the narrative. Jesus reshaped history to suit his purpose, flung himself into meat grinder of the world. As it is written in the Suffering Servant Songs of Isaiah: “He was pierced for our offenses, crushed for our sins. Upon him was the chastisement that makes us whole. By his wounds we were healed” (53:5). Within a week the Church will proclaim God’s praises and adore the Lord in his holy court (Ps 96:9).

Mark’s writings don’t obtain the soaring heights of John’s gospel, the soaring eagle of the evangelist, but he did set the standard. The purpose of Mark’s gospel is given by the proclamation of the Son of God himself: “Now is the time of fulfillment; the kingdom of God is at hand. Turn away from sin and be faithful to the gospel” (Mk 1:14-15). God’s kingdom arrives in power and glory and breaks the devil’s stronghold over the world. Jesus proved this when he exorcised the demoniac and drove the swine into the sea, drowning out the evil from this world into the abyss of which only the Father has command (Mt 8:31).

So what genre of story is Mark? The Gospel According to Mark is a mystery story, not unlike Perry Mason, Dashiell Hammit, or Angela Lansbury in Murder, She Wrote. Jesus is the enigmatic figure of mysterious origins whose true identity is concealed until the narrative’s conclusion. The disciples never really get this, are portrayed as being hard-hearted and obtuse, and so they are “He was amazed at their hardness of heart” (Mk 6:6). Then, following the seeming expiration of God, in a moment of truth, an instance of pure theater, the centurion kneels at the foot of the cross. The blood and water from Jesus’s side sprays across his face, and he solemnly declares, “Truly, this man was the Son of God” (Mk 15:39).

So what is this glorious gospel of the cross of Christ? To the believer, the cross is love and life itself, a recognition of our limitations and a willingness to move forward despite our sins, angst, anger, confusion, and desperation. The Gospel According to Mark is the Passion, Death, and Resurrection of our Lord Jesus Christ. Let no one attempt to separate them. They cannot be separated. Unite yourselves to Christ and you will see greater things than can be imagined by the human will and fickleness of imagination.

Ultimately, the Cross is our identity. God distinguishes us as individuals by the cross he rewards us with. Jesus says to his disciples: “Whoever wishes to come after me must deny himself, take up his cross, and follow me” (Mt 16:24). When we bear our crosses we rely upon God to overcome our debilities, to unite ourselves most perfectly to the sacrifice of his Son. “There is no love greater than this: than to lay down one’s life for one’s friends” (Jn 15:13).

Eventually Mark went on to become a missionary. He did a stint with the Apostles Paul and Barnabas his cousin, but at a young age he determined he wasn’t ready for the radical demands of the gospel that Paul foisted upon him. Mark returned to Jerusalem but when tried to rejoin the ministry but Paul refused to accept him. Peter picked Mark up as a free agent and together they journeyed to Rome where Mark served as Peter’s secretary and interpreter. Peter brought the gospel to the Eternal City and Mark was ready to take up his pen.

The Story of God according to Mark is not a question to be answered but a mystery to be revealed. The Cross is the key that opens the gates of holiness that we may enter and give thanks (Ps 118:19). If we who are willing to receive a portion of the Lord’s glory rendered universally by his death on the cross then we must be willing to share in his suffering.

The Passion, Death, and Resurrection of our Lord is the cornerstone of the faith. May we be open to our own hardships and bear our crosses for the sake of uniting our sufferings with those of the Lord.