Trending Now
You are at:Home»Learn & Live the Faith»Evangelization»What Did Jesus Write?
By Randal Agostini on May 3, 2016 Evangelization, Featured 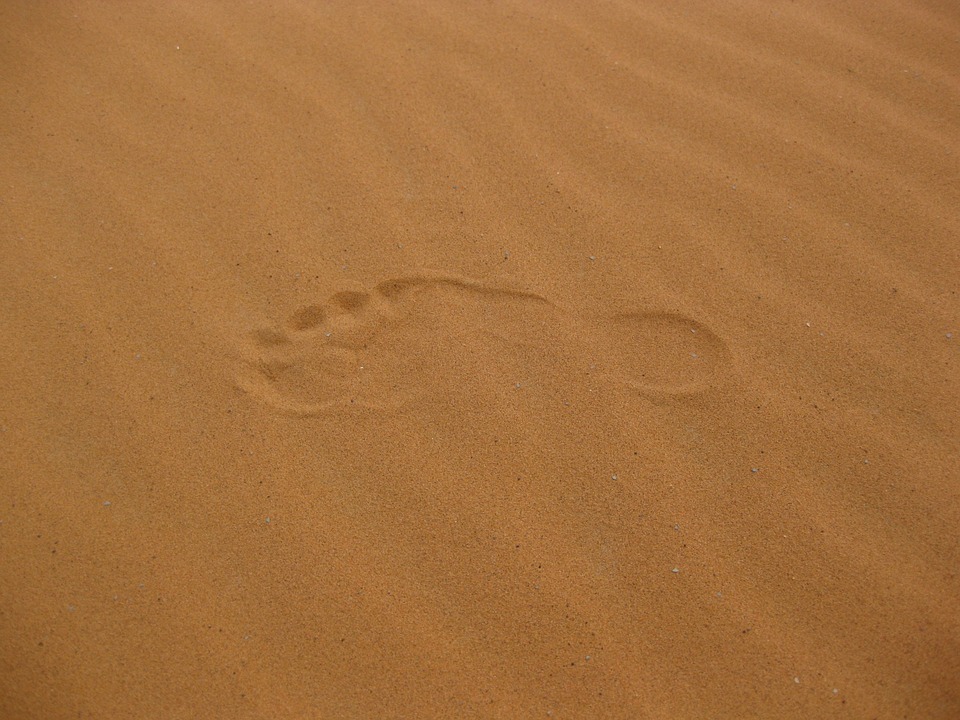 It’s a well-known story of forgiveness in John 8, but it remains mysterious. “Teacher, this woman was caught in the very act of committing adultery.” Upon hearing this, Jesus kneels and begins to write in the sand. What was Jesus writing? Scripture doesn’t tell us, but the reactions of those in the crowd give us some clues.

Jesus speaks to the crowd who had gathered to stone the woman. “He who is without sin may cast the first stone.” The crowd responds by walking away one by one. What was written there in the sand? Was it the names of the people present and their sins? Was it our names? Or did the crowd, disappointed with Jesus’s actions, walk away without even reading what he had written?

Fortunately for the woman, while Jesus knew her sin, he also knew the sins of those ready to stone her. He knew their hypocrisy. What is it about our human condition that brings us to hurt one another in the name of “righteousness?”

There is a psychiatric condition referred to as “doubling.” It is graphically exemplified through the ability of Nazi Doctors to experiment on humans by day and then return to lead a normal family life every evening, separating one part of their lives from another. It is rooted in denial, which allows us to maneuver our minds to reject the very existence of something unpleasant. Doubling enables hypocrisy, which is endemic in all of us. Even a short personal reflection will reveal some of our own hypocritical behavior.

We are not born hypocrites. We are groomed from childhood so that hypocrisy becomes among the most accepted, most invasive, and most destructive indiscretions that we have. We quickly learn there is one set of rules for adults and one for children. In school we develop friendships often based upon mutual hypocrisies and shun others to maintain our denial. We accept it at home, in the workplace, in sport, in our entertainment, even in our Church.

The other day I was watching an English serial on the aristocracy (not Downton Abbey). It was set in the late eighteenth century when the upper classes were “refined” to an abnormal degree. Their homes, clothes, servants, conversations were so lavish that it confounded reality. A lady had to change clothes seven to ten times during the course of a day to be properly attired. Her husband would risk death in a duel for a fairly innocuous disagreement.

This small, false elite presided over a society through feudal laws that prescribed incomprehensibly harsh sentences of death and deportation from England to distant Australia. With this elitist social scaffolding, the greatest threat was a mere perception that everything was not the way it should be. Disgrace was the ultimate crime and those who committed the crime were socially shunned. The whole establishment was built on a foundation of hypocrisy. The middle class tried to emulate the nobility. Only the poor could live a life of reality, although commonly a life of deprivation.

Today it is impossible to read or view the news without being fed hypocrisy, especially during this never-ending election cycle. The candidates, the pundits, the supporters, the ads, the money. It is like an enormous hypocritical maelstrom that seems to engulf everything. The noise is deafening, the alarms are continuous and the consequences devastating. There will be no respite until November, and maybe not even then.

Faithful Catholics should recognize that hypocrisy has played an enormous role in the condemnation of religion. How many of us have used the excuse of the errant behavior of a few clergy to feed their hypocrisy and to drive them from the faith? Whom have we harmed more than ourselves? How many times have we heard Catholics complain about church dogma, their pastor, the Mass, the sermon, the singing, or the behavior of parish staff? The list goes on. The Church has never claimed to be an association of perfect people. We are human and should expect to behave like family, with all the faults and all the love.

Scripture teaches us powerful lessons, but many are left obscure to be revealed only when we look deeper. In the story of Jesus and the woman who was to be stoned, Jesus was able to confront the whole crowd of witnesses, spiritually tie their hands and, we conclude, make them each walk away reflecting upon their individual shame. It is gratifying that when Jesus sees our sins, he forgives us, but always he asks for more than simple, in-the-moment repentance. He wants us to change. He seeks a closer, more intimate relationship where he is included in our everyday lives so that we may share in his peace and be fortified with his strength.

Could we withstand our own encounter with Jesus? Yesterday as I was reflecting I was prepared as I ran down the list of the Ten Commandments. Today I’m not so sure. Hypocrisy seems to underwrite violations against all ten of the commandments. I must surely be dependent upon the Mercy of God.

How do we begin to transform ourselves? Matthew 7:5 teaches: “Hypocrite! First remove the plank from your own eye, and then you will see clearly to remove the speck out of your brother’s eye”. Jesus did not tolerate hypocrisy. It was the source of his multiple disagreements with the Pharisees.

Could we be more stupid than to try and lie to God? We first have to consider what sort of Christian light we present to others, especially when they only see the darkness of our hypocrisy. Since hypocrisy has permeated the very fabric of our lives, we can only begin to remove it little by little.

We must stop pointing fingers at others, refrain from comparisons, dump the slogans and seek the truth. Do not retaliate when someone compares you to another. Seek inclusiveness not separation. The surest way I have found to weed out my own hypocrisy is in quiet reflection with the Holy Spirit, preferably in an Adoration Chapel. The Holy Spirit reveals without condemnation. As Catholics we have powerful tools to help us: The Eucharist and Reconciliation. After we recognize our faults and resolve to work on them, what wonderful words to hear from Jesus, “Go and sin no more.”