Trending Now
You are at:Home»Columnists»What Does Pope Francis’ Visit to the Holy Land Have to do With Us?
By Marge Fenelon on May 20, 2014 Columnists, Evangelization, Featured 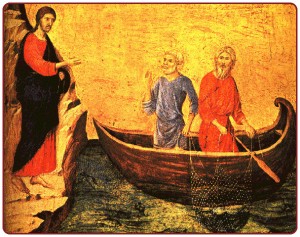 It may seem as though Pope Francis’ trip to the Holy Land May 24-26 is something far away, both mentally and geographically. Trust me, it’s very close.

Sure, he’ll be meeting with a number of dignitaries from positions and areas that don’t directly affect us. But, the main purpose for his trip is to meet with the Ecumenical Patriarch of Constantinople, Bartholomew I, who heads the Eastern Orthodox Church.

This visit commemorates the 50th Anniversary of Pope Paul VI’s 1964 meeting in Jerusalem with Ecumenical Patriarch of Constantinople, Athenagoras I. Both visits have the intention of seeking unity between the Eastern Orthodox and Roman Catholic churches. The influence it could have on Eastern Orthodox-Roman Catholic relations has everything to do with how we will discern God’s will for us and how we will proceed into the future.

The Eastern Orthodox Church isn’t some “other” denomination, it’s not another religion. It formed as a result of St. Andrew’s work in the East. St. Andrew was St. Peter’s brother by birth and mission. They both were part of The Twelve, called by Jesus to spread the Good News. They both left their family in order to follow the Messiah. Therefore, we share roots, beliefs, and practices.

We are who our Lord prayed about at the Last Supper, when he said, “…that they may all be one; even as You, Father, are in Me and I in You, that they also may be in Us, so that the world may believe that You sent Me.” (Jn 17:21) Do you remember who was there when Jesus prayed that prayer? The Twelve, including St. Peter and St. Andrew.

In order to all be one as Christ desires, changes and adaptations will have to take place all the way from Rome and Constantinople down through the parish pews. And who sits in those parish pews? We do.

Becoming one will require more dialog, vats and vats of prayer and sacrifice, and absolute surrender to the Holy Spirit. That’s what makes the Pope’s visit to the Holy Land oh-so close. We have the responsibility to spiritually accompany the Holy Father and to support him with our prayers and sacrifices. We have the obligation to our Lord Jesus to open our hearts to the workings of the Holy Spirit so that we can help to facilitate, not hinder, unity.

Below is the prayer Pope Francis has asked us to pray for his pilgrimage to the Holy Land and historic meeting with Bartholomew I. Please pray it along with the rest of us, so that one day all may be one.

Heavenly Father,
you never tire of being compassionate and loving,
the successor of St. Peter, His Holiness Pope Francis,
plans to visit the Holy Land sanctified by your Son’s birth,
baptism, teaching, death and resurrection,
be with him, sanctify and bless him,
spread the mantle of your kindness over every stage of his pilgrimage among us,
that one may we see in him a believing pilgrim, a wise teacher, and a humble leader

Lord Jesus Christ,
as you prayed for the unity of your Church, saying, “may they all be one”,
make the meeting in Jerusalem between the Holy Father and the Ecumenical Patriarch an incentive to increase our efforts for the unity of your children,
Make the encounter of the Pope with the political authorities fruitful for justice and peace,
protect all the residents of this land and the adherents of the religions of the Middle East,
so that they may be in harmony, dialogue and cooperation for the achievement of full citizenship

Good Shepherd,
whose image Pope Francis carries on his pectoral cross,
walking in the spirit of humility with which you have graced him:
deepen within us the awareness of our Christian identity,
that as true disciples,
we may bear witness to your Good News and your resurrection
in our churches, our society, and all the world,
especially by serving the sick, the poor and the refugees.

Bless, Lord Most Holy, this fourth papal visit to our Holy Land,
through the intercession of the Blessed Virgin Mary, St. Joseph,
all the saints of the Holy Land,
and the two new saints, John Paul II and John XXIII, Amen.

The centuries-old differences between the Eastern Orthodox and Roman Catholic churches are complicated and can be hard to understand. This article is particularly good at giving the nuts and bolts of it in layman’s terms. It appears in the May 25 issue of Our Sunday Visitor, and is written by Adam A.J. de Ville.