Trending Now
You are at:Home»Columnists»What if Newborns Had No Rights
By Colleen Carroll Campbell on March 16, 2012 Columnists, Contraception & Abortion, Featured, Parenting 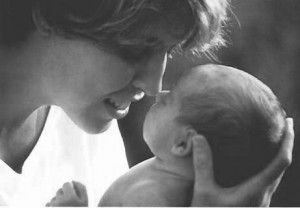 It’s a provocative question abortion opponents have been asking for years: If it is ethical to kill an unwanted child before birth, why not kill her afterward?

Pro-lifers pose that question rhetorically, as a means of exposing the weakness of pro-choice arguments that devalue the human fetus until the moment she clears the birth canal. But when bioethicists Alberto Giubilini and Francesca Minerva asked it last month in an article for the London-based Journal of Medical Ethics, they were not playing rhetorical games. They were making the case for infanticide — or, as the authors dubbed it, “after-birth abortion.”

“We propose to call this practice ‘after-birth abortion’, rather than ‘infanticide’, to emphasize that the moral status of the individual killed is comparable with that of a fetus (on which ‘abortions’ in the traditional sense are performed) rather than to that of a child,” the authors wrote. “Therefore, we claim that killing a newborn could be ethically permissible in all the circumstances where abortion would be. Such circumstances include cases where the newborn has the potential to have an (at least) acceptable life, but the well-being of the family is at risk.”

To explain their position, the authors began with a premise widely accepted among abortion-rights advocates, one they took to its logical and chilling conclusion.

“Merely being human is not in itself a reason for ascribing someone a right to life,” Giubilini and Minerva said; that right belongs only to “an individual who is capable of attributing to her own existence some (at least) basic value such that being deprived of this existence represents a loss to her.”

Because newborns are no more capable of valuing their own existence than fetuses, they argued, newborns qualify only as “potential persons” whose interests are “always trump[ed]” by those of the “actual persons” such as “parents, siblings, society.”

Giubilini and Minerva were careful to note that while their argument applies to children with conditions such as Down syndrome that were not detected before birth, it also applies to newborns with no abnormalities whose mothers simply realize that raising them will be a “burden.” Don’t bother suggesting adoption as an alternative for homicidal new mothers, since a woman who surrenders a newborn she otherwise would have killed “might suffer psychological distress.” And don’t try asking these ethicists if they would have minded if their own mothers had chosen to suffocate them when they were squawking, sleepless newborns. The answer is no, Giubilini and Minerva said, because in doing so, their mothers “would have harmed someone who does not exist.”

That philosophical view of unborn and even some newborn children — as essentially non-existent — is not simply the province of a few odd intellectuals spouting off in academic journals. Milder variants of it have found their way into the political and medical mainstream with real-world consequences. Infant euthanasia already is legal in the Netherlands and common in Belgium. Here in the United States, laws aimed at protecting newborns who survive late-term abortions have been opposed by prominent politicians — including then-state senator Barack Obama of Illinois — on the grounds that the status they accord unwanted infants might undermine abortion rights.

A new outgrowth of this view is the trend toward “wrongful birth” lawsuits, in which parents of disabled or developmentally challenged infants sue doctors and hospitals that fail to detect their children’s imperfections before birth, when those children legally could have been destroyed. Just last week, an Oregon jury awarded $2.9 million to Ariel and Deborah Levy, parents who sued Legacy Health System after their daughter was born with Down syndrome despite a prenatal test that showed no abnormalities. The couple said the hospital system should shoulder the lifetime financial burden for their daughter’s care, since the Levys would have aborted her if they had known of her condition.

Such lawsuits rile parents like Leticia Velasquez. The mother of a child with Down syndrome and a co-founder of Keep Infants with Down Syndrome, a group that aims to reduce the nearly 90 percent abortion rate of infants diagnosed prenatally with the condition, Velasquez recently published a book on the subject. “A Special Mother Is Born” tells the stories of 33 parents whose joyful experiences parenting special-needs children challenge the depersonalizing logic exemplified in the Giubilini and Minerva article and Levy lawsuit.

“It cuts me to the quick when parents seek damages for the ‘wrongful life’ of their own child,” Velasquez answered, when I asked for her take on the Levy verdict and the larger trend toward devaluing unwanted or “imperfect” infants. “It makes me angry for [the daughter]and at the parents who did not love her enough to either appreciate her unique gifts or give her up for adoption. There are over 200 parents in America waiting to adopt children with Down syndrome.”

The anger sparked by the Levy verdict makes sense, as does the outrage that Giubilini and Minerva provoked with their infanticide defense. It is outrage that even some abortion-rights supporters share. Still, the question remains: What, exactly, is the moral basis for the distinctions we draw in such cases, saying that the Levys had the right to kill their daughter before birth but not after? And is that basis strong enough to justify the million-plus legal abortions that occur in America every year?