Trending Now
You are at:Home»Featured»What We Must Learn From Komen
By Toni Collins on February 4, 2012 Featured, Life Issues & Bioethics 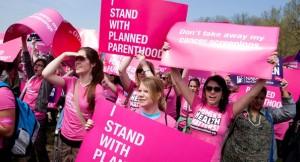 I’ve said it for years: While we pro-lifers have been busy trying to change the laws, the other side has been busy changing people’s hearts. Never has this been more apparent than in the about face displayed this week by Susan G. Komen for the Cure.

On January 31, 2012, the Associated Press reported that Susan G. Komen for the Cure would no longer provide grants to Planned Parenthood. Pro-life circles were buzzing with the news. Most pro-life folks, including me, were thrilled by the news; a few wise souls were suspicious about whether this would last. They were right. Less than a week later, on February 3, Komen issued a statement that they would amend their funding policies so that Planned Parenthood would again be eligible to receive grants from Komen.

What happened to cause such a stunning turnaround? Quite simply, it was a barrage of criticism from Planned Parenthood supporters.

Here is the tough truth we must face: Planned Parenthood is a respected, almost revered, organization among most Americans. Those of us who’ve seen the ugly underbelly of Planned Parenthood — the corruption exposed by Live Action, the all-but-pornographic fliers distributed to our children, the interference between teens and their parents – we know that Planned Parenthood must be de-funded, must be stopped. But we are the minority. Ask the proverbial man on the street (or woman) and you’ll find that they have quite a positive view of Planned Parenthood.

Planned Parenthood has worked hard to cultivate the view that they are a force for good, and they’ve been more than successful in doing so. We are the ones who have failed. We have allowed them to promote themselves, and we have done little or nothing to combat the positive story they spin about themselves.

C-SPAN gave our elected representatives a microphone, and all we said was that we want to cut off Planned Parenthood’s federal funding. We needed to use that opportunity to change the hearts of Americans, to let them know that they’ve been lied to, that Planned Parenthood is not some benign, helpful little non-profit that just wants everyone to be healthy.

But we can’t just blame the politicians. How many of us, myself included, spend our days preaching to the choir? I’m surrounded by Catholics, day in and day out. Catholics make me comfortable. Together we can support each other. We can freely talk about how awful abortion is. We can share our struggles against contraception in a pro-contraceptive society. It’s pleasant for me to be surrounded by like-minded people, to watch EWTN, to read Catholic Lane.

There was a time I was a crusader, but I got emotionally burned by the pro-Planned Parenthood crowd (http://catholiceducation.org/articles/sexuality/se0091.html). I’ve retreated now into a safer, Catholic world. But the Susan G. Komen turnaround has awakened me. We – I – must keep looking for opportunities to gently let my neighbors know the dangers of Planned Parenthood, of abortion, of population control.

We have to change hearts in this country. Otherwise any victories we gain may be overturned within a week.

[Editor’s note: The Feb. 3 statement from Susan G. Komen for the Cure was an apology and not a reversal of policy.]