Trending Now
You are at:Home»Featured»What We Say and How We Say It
By Ken Connor on November 6, 2013 Featured, Government & Politics 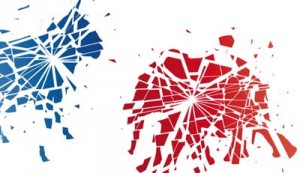 It’s become a favorite pastime among the press and punditry to blame the Tea Party for the problems plaguing the GOP. If those radicals would just shut up and go away, Republicans wouldn’t be having so many problems. If the Tea Party had stayed out of the way in Virginia, for example, then Bill Bolling would be the Republican candidate instead of Ken Cuccinelli and Terry McAuliffe wouldn’t stand a chance.

These speculations may prove correct, but not for the reasons asserted. The Liberal press wants to advance the idea that the Tea Party is trouble for the GOP because their policy positions are “radical” and out of touch with “mainstream Conservatives.” This simply is not true. I would challenge any critic to name one distinct policy position advocated by the Tea Party that is radically different than the platform embraced by a majority of Americans who identify with the Republican Party or movement conservatism.

According to TeaParty.org, there are fifteen “non-negotiable” principles that embody the Tea Party identity. They are as follows:

1. Illegal aliens are here illegally.
2. Pro-domestic employment is indispensable.
3. A strong military is essential.
4. Special interests must be eliminated.
5. Gun ownership is sacred.
6. Government must be downsized.
7. The national budget must be balanced.
8. Deficit spending must end.
9. Bailout and stimulus plans are illegal.
10. Reducing personal income taxes is a must.
11. Reducing business income taxes is mandatory.
12. Political offices must be available to average citizens.
13. Intrusive government must be stopped.
14. English as our core language is required.
15. Traditional family values are encouraged.

Another way to articulate these points would be to say that the Tea Party is dedicated to the preservation and advancement of the rule of law, limited government, an ethical and morally-sound society, the robust protection of individual liberty, ethics and honesty in business and government, fiscal prudence and financial responsibility, and a robust national defense. Not surprisingly, there’s a lot here to ruffle Liberals’ feathers, but there’s little that the average Conservative would find objectionable.

What has caused problems for Tea Party Republicans is not so much what they believe, it’s how they articulate what they believe. All too often, these partisans rant about the current state of affairs in Washington. Their frustration is understandable; but frustration should not be the defining characteristic of a political party.

Voters don’t like angry candidates. They don’t like backbiting and bickering and petty jabs. It makes the candidates look petty and immature, and it distracts from the actual issues. Anger and hyperbole turn people off. If words are the packages in which we wrap ideas, then we should use winsome packages that draw people in rather than drive them away.

Ronald Reagan was great at this. He never backed away from his principles in order to curry favor with his detractors, but he presented his beliefs in a winsome way. He talked more about what he was for and less about what he was against. His optimism about the promise of America and the strength of her people was infectious – he was conservatism’s “Happy Warrior.”

There’s no reason why today’s Conservatives can’t communicate their message in a similar way. We must construct a positive and hopeful vision that attracts people to our cause. If we just focus on the problems without offering positive solutions, people will become discouraged and lose hope.

The social issues seem to trip Conservatives up the most. Liberals love nothing more than using the issues of abortion and gay marriage to paint Conservatives as misogynistic, old-fashioned bigots. Understanding that the pro-abortion and pro-gay lobby have powerful allies in the media and arts, Conservatives must do all in their power to thwart their narrative. When talking about abortion, for example, the focus should be less on demonizing the pro-abortion lobby and Planned Parenthood and more on reaching out to help women who find themselves in crisis pregnancy situations. Conservatives can acknowledge the fear and strife caused by unintended pregnancy while focusing on solutions that offer help to women in trouble while affirming their unborn child’s right to life.

When challenged to justify their anti-abortion stance, a conservative candidate might reply, “I believe that human life is sacred and deserving of protection under the law. Adoption is a loving alternative to abortion and offers a life affirming solution for a woman who is dealing with a crisis pregnancy. Americans shouldn’t have to choose between a woman and her child. Our hearts are big enough to love them both. And our laws should be just enough to protect them both. A woman facing a crisis pregnancy needs our help, and her baby deserves to live. The Kermit Gosnell’s of this world are not their friends. Planned Parenthood is not their friend.”

Similarly, when talking about the issue of gay marriage, it is far more productive for Conservatives to focus on what we are for and why we are for it. We’re for intact, loving, stable families consisting of a married mother and father, and we’re for it because history, tradition, and nature affirm this arrangement as the cornerstone of civilized society and necessary for the propagation of the human race. We believe that fathers and mothers are both essential and unique figures in the life of a child and that every child deserves both whenever possible. We are saddened to see that the homosexual lobby is unwilling to consider the broader societal implications of their push to redefine marriage, and we will continue to advocate for the traditional family while upholding a moral commitment to loving our neighbor as ourselves, regardless of sexual orientation or anything else.

The point is, Conservatives must drive home the point that we are motivated not by anger or a desire to hurt our political enemies but by our fidelity to timeless moral principles and social and cultural norms. We can hold true to our positions while being charitable, principled and polite. Governor Mike Huckabee is an excellent example of winsome Conservatism in action. During the GOP primary in the run up to the 2008 elections, he said “I am a Conservative, but I’m not mad at everybody over it.”