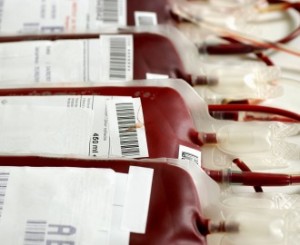 The fight against “discrimination” reaches a new extreme in Germany, where the Bundesärztekammer (BÄK), a body representing the country’s healthcare professionals, has proposed to abolish a ban against homosexuals to act as blood donors. The BÄK announced its intention to work towards the lifting of this prohibition, which it described as “discriminatory”.

The ban has, however, an objective reason: it is the fact that “men having sex with men” (MSM) are 100 times more likely than other people to carry HIV. Indeed, when HIV/AIDS first emerged in the 1980s, it was mainly through homosexuals that the virus spread, and contrary to Africa, where it affects much wider spheres of the population, in Europe and the US it still remains a disease with a nearly exclusive link to male homosexuality.

Is this “discriminatory”? It is one of the most remarkable successes of the gay lobby that it still is allowed to frame HIV/AIDS as an issue related to “LGBT discrimination”, just as if it was unfair for the virus to befall them rather than anyone else. Supposedly, if the virus was fair, it would infect heterosexuals, and if heterosexuals were fair, they would carry their share of the AIDS burden.

But alas, nature is “heteronormative”. In reality, it is mainly (if not exclusively) due to MSM (Men who have sex with men) and their irresponsible sexual practices that the HIV/AIDS was able to spread around the globe in the 1980s and 90s, and that it still exists today. MSM are actually not the victims of society, but on the contrary, society is their victim. Yet they still continue organize so-called “charity” events like the ignominious annual “Life Ball” in Vienna, presided over by celebrities like Bill Clinton, as if the promotion of the homosexual lifestyle could contribute to stopping AIDS. No, dear friends: the only way for you to be safe is to repent and to give up homosexual activity!

The absurd discussion about the alleged “discrimination of homosexual blood donors” shows once again the irrationality of contemporary anti-discrimination talk: even the best and most compelling rationale is not accepted when it comes to the unequal treatment of homosexuals. Apparently, society should accept an increased risk of spreading HIV/AIDS among non-homosexuals rather than giving offence to homosexual wannabe blood donors.

How people catch the AIDS virus. Blood transfusions are rare as a cause for infection because MSM are not admitted as blood donors. This could soon change.