Trending Now
You are at:Home»Featured»Why I Love the Sinner and Hate the Sin
By Emma Smith on January 6, 2014 Featured, Live in Christ, The Homosexual Agenda, The Social Order 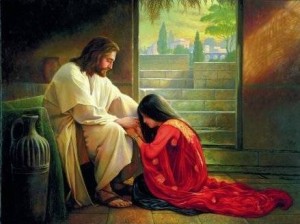 I recently read an article on Huffington Post entitled “Why I Can’t Say ‘Love the Sinner/Hate the Sin’ Anymore.” The author, Micah Murray, is obviously a very caring individual, and I understand where he is coming from. He hates the idea that we would see gays – or anyone – as someone substandard, someone who is “other” to us, or less than us because of their sin. He points to a fundamental Christian reality – that people are people and he rightly resents the idea that people would be defined by a sin, rather than by who they are as individuals.

I agree. It would be a horrible thing if the world were split into groups of people who saw one another as less simply because of a sin that they commit. Indeed, only God can judge the worth of a man. Should one person attempt to tell another man that he is less, then the first man is really the one guilty of such stature.

The saying “love the sinner, hate the sin” isn’t just a catchy Christian catchphrase that we rattle off passive-aggressively at those who need to “shape up!” No, this saying attempts to capture, to point at, the fundamental mystery of the Christian life: that in dying to our sin, we rise again to a greater self, that in love we conquer death, and that we can only love sinners because we hate their sin.

Indeed, we hate the sin because we love the sinner. The saying “love the sinner, hate the sin” is a true practice of the very act Mr. Murray asks of all of us: to love one another, not to judge as we are all sinners, not to be hypocritical because we all suffer from some short coming, from some sin, from some element of our human existence. Yet Mr. Murray, in his compassion, has given in to the progressive notion that true love is manifested in the act of allowing others to do whatever they want in the name of “happiness,” rather than denying ourselves out of an honest pursuit of joy. Christians, however, understand this dichotomy: that in denial we have abundance and in practicing rules we have true freedom. Thus, we hate the sin because of the pain and evil it unleashes in the sinner’s life, because of the shackles it places around the sinner which prevent him from attaining the true joy which freedom from sin brings.