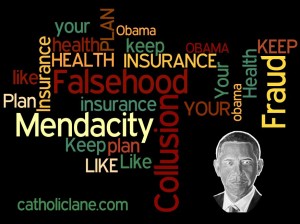 New York Magazine — no conservative publication, that — has a very well done video compilation of the many, many times Barack Obama told people, “If you like your plan, you can keep your plan”. By my count, there are 23 “you can keep your plan” clips in that video, spanning two years from October 2008 through September 2010. Alas, I can’t figure out how to embed it here, but it is well worth a look: “If You Like Your Plan…” Supercut.

Investor’s Business Daily looks to have hit upon the precise reason why Pres. Obama lied about this so often, an average of at least twice a month for two years:

Back in 1994, when Bill Clinton was pushing his own version of “comprehensive health reform,” the insurance industry launched its infamous “Harry and Louise” ads to deliver a simple message: The Clinton plan would force families to give up their own health plans.

In one of these, the middle-class couple pores over a pile of documents at the kitchen table, while a narrator intones about how “things are changing, and not all for the better,” and how “the government may force us to pick from a few plans designed by government bureaucrats.”

“Louise” then complains that “having choices we don’t like is no choice at all,” and the ad concludes with the couple saying, “They choose, and we lose.”

The campaign was devastating. Even though Democrats controlled both chambers of Congress, Clinton’s bill never made it out of congressional committees.

So when President Obama decided to take another stab at health care, he was determined to avoid that pitfall. He endlessly promised in the most emphatic way possible that under his plan, Harry and Louise would have nothing to worry about.

When the president lies, every American should take it personally. I have reason to take it even more personally than most do; here is the “discontinuation” letter I got from my health-insurance provider: 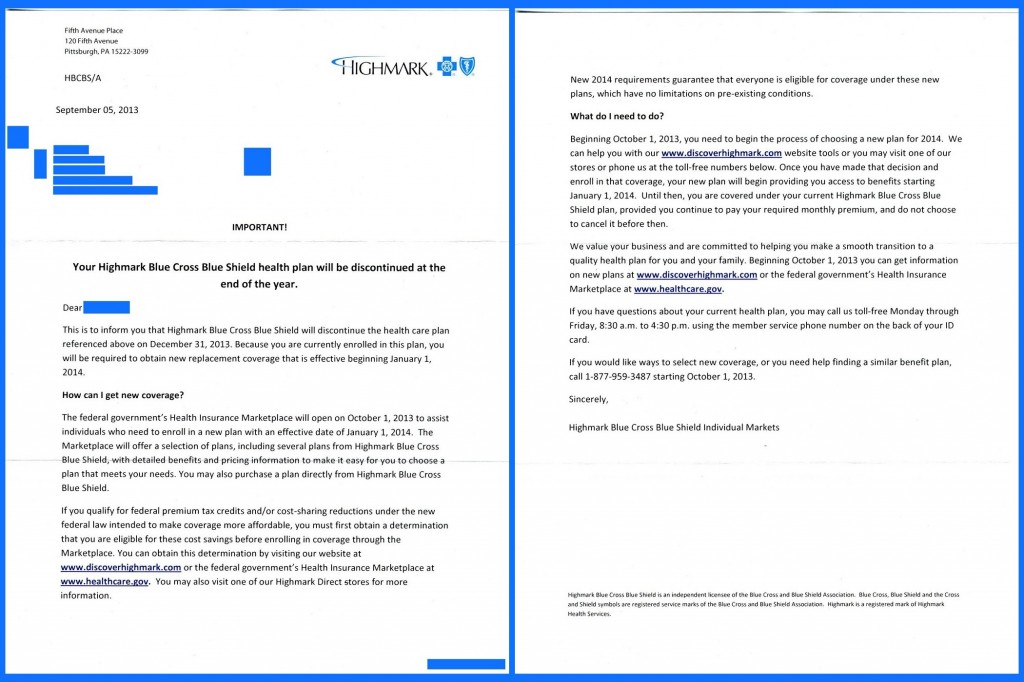 The “Fact Checker” at the Washington Post — no conservative publication, that, either — gives four Pinocchios (on a scale of 1 to 4) to Barack Obama’s repeated “you can keep your plan” claim; that is, even one of the flagship liberal publications admits they’re a whole pile of whoppers.

I give him five.