Trending Now
You are at:Home»Columnists»Yoga: What is So Bad About Feeling Good?
By Cheryl Dickow on August 19, 2013 Columnists, Featured, Health & Fitness, Live in Christ 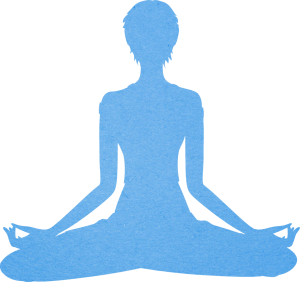 I’ve always had some sort of exercise routine—even if it wasn’t much of a “routine,” per se.

Eating well and staying fit has been part of my life more out of necessity than desire. It rises from chronic illness rather than vanity. The catalyst for me “working out” has been my calling to live out my vocation as wife and mother and never how I look in a bathing suit.

In fact, I use the term “working out” rather loosely since the same chronic illness that requires me to monitor my bodily well-being hinders my ability to really drill down and push myself to any physical limits. It’s not that I haven’t tried. I have—but there are always severe consequences. So I’ve had to find that balance between “working out” and not killing myself in the process.

Or the idea of yoga.

The appeal of the gentle movements and stretching of yoga really drew me in as I searched for the perfect exercise routine that would tend to my body but wouldn’t break me, and so I began researching it. I am a fairly grounded Christian but it was easy for me to see—rather quickly—that as a Catholic, yoga was a practice that I couldn’t or wouldn’t engage in. But a lot of Catholics do practice yoga. Each side—those Catholics who practice yoga and those who don’t—can make its case rather successfully. However, I found some points against yoga for Catholics to be noteworthy and determining.

This is from the Hindu American Foundation: “Yoga is a combination of both physical and spiritual exercises, entails mastery over the body, mind and emotional self, and transcendence of desire. The ultimate goal is moksha, the attainment of liberation from worldly suffering and the cycle of birth and rebirth.”

As a Catholic the term “rebirth” in this excerpt should be very disconcerting. Catholics simply do not believe in rebirth. As Catholics we believe you are given one lifetime. You are baptized and will live your life as a believer in Christ as your Savior. You aren’t given multiple lives to work out your final destiny.

Additionally, Catholics “get” suffering. Maybe sometimes too much; but nonetheless, we don’t—as a group—run from suffering. We understand its redemptive value. While we may wish to be liberated from it and can certainly pursue that through Christ, we don’t see it as our “ultimate goal.” Our ultimate goal is to unite our lives with Christ, the Suffering Servant.

Many yoga-practicing Catholics say, “Yes, yoga may be of a different religion but I believe in Christ so I will be fine.” However, the above statement should quickly negate that false sense of security. In essence it indicates that even if the person practicing yoga sees it only as exercise, he or she is mistaken—and sadly misguided—since yoga cannot be completely separated from its Hindu roots. We—as Catholics—don’t even have to understand the implication of what that statement means (that it can’t be completely delinked from its Hindu roots) for it to have relevance in our lives as Catholics. The statement in and of itself ought to give us pause.

To reiterate the importance of the link between practicing yoga and its Hindu roots, here is another statement from the Hindu American Foundation: “One does not have to profess faith in Hinduism in order to practice Yoga…Yoga is an essential part of Hindu philosophy and the two cannot be delinked, despite efforts to do so.”

Note: For Catholics interested in health and wellness Catholic style, The Rosary Workout by fitness expert, author and speaker Peggy Bowes is an excellent resource. www.RosaryWorkout.com