Trending Now
You are at:Home»Learn & Live the Faith»Apologetics»Dark Evangelization: The Mandate as the Gospel of Mammon
By Marlon De La Torre on February 18, 2012 Apologetics, Catechesis, Featured 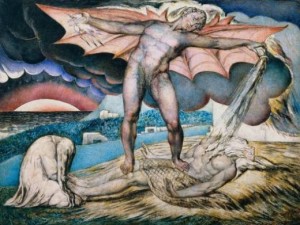 The great theologian and catechist Frank Sheed wrote in his book Are We Really Teaching Religion:

“The aim of teaching religion is that at minimum, children should emerge with a tremendous devotion to Christ, Our Lord, with an awareness of Him, a considerable knowledge of His Life and Personality, and a desire to increase that knowledge” (1-2).

I often wonder; if what Frank Sheed is alluding to the bare minimum we should be focusing on, what in the name of Jesus, Mary, and Joseph happened to the likes of Kathleen Sabellius, a baptized Catholic who without reservation appears intent on demolishing the doctrinal fabric of her Church. One has to ask how any Catholic can come to profess, defend, and impose a doctrine of significant immoral proportions.  We have seen with the initial outcry of both conservative and liberal spheres of Catholicism that the HHS mandate not only angered all Catholics across the board, it literally galvanized the Church to vehemently speak out against a deliberate attempt to suppress our first amendment rights (speech, religion, and conscience).

The fact that President Obama keeps reiterating the HHS mandate is not about contraception, but about women’s healthcare is like saying the First Amendment doesn’t speak about freedom of speech or religion, in reality it only implies it. The veil by which the HHS mandate hides behind is the deliberate attempt to redefine a federally sponsored doctrine under the guise of women’s health.

When you carefully read the mandate, as many of us have, several things come to mind. The mandate  is a direct attempt by the government to establish a new moral doctrine, and the mechanism used to advance this doctrine is the misrepresentation of women’s health. In other words, require all employers — private, non-profit, public, and religious — to forcefully evangelize this new immoral doctrine because, “How can you be so cold to deny preventive services to women in need?”

However, if you are a religious employer, you can opt-out as long as your employees are all of the same faith-religion. In other words, “keep your faith to yourself but do not proselytize everyone else with your Creed.” And here lies among many areas one of the key battle lines. The government can impose a new doctrine based on women’s health, but in reality is solely based on advancing the creed of contraception and abortion and silencing any opponent who would dare refute this supposed just mandate.

Cardinal Designate Timothy Dolan acknowledges that President Obama’s supposed religious tolerance is getting “harder to believe.” Proof of this is the Obama Administration’s unwillingness to allow any form of an exemption that would completely exclude any religious affiliated institutions or otherwise from making contraception and abortion services available. The latest compromise as we all know well only shifts the mandate under a secondary avenue through the insurance companies. Thus, we are seeing a deliberate attempt to redefine what is immoral in the eyes of the Church, to be moral by the governments standards under the tenet of preventive health care.

A Wolf in Sheep’s Clothing

“The tongue is an unrighteous world among our members, staining the whole body, setting on fire the cycle of nature, and set on fire by hell. . . With it we bless the Lord and Father, and with it we curse men, who are made in the likeness of God. From the same mouth come blessing and cursing” (James 3:6-70).

C.S. Lewis in his classic masterpiece Screwtape Letters aptly describes the intent of Screwtape to convince the patient that the existence of God is really just an allusion of sorts. If you can turn man’s attention from God to other worldly pleasures such as sex, it may prove to be useful (pg. 31). The alternative to having a moral life is to convince society that one it not needed.

The attack on our first amendment rights is rightly an attack on our freedom of religion and speech, but it is also an attempt to proselytize society as a whole. Screwtape encourages Wormwood that all extremes, except extreme devotion to the enemy (Jesus) are to be encouraged (pg. 32). Isn’t this what’s happening now?