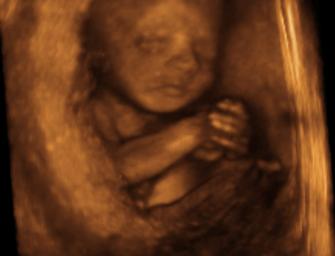 On Saturday night, July 30, I was privileged to deliver the keynote address at the kick-off rally of the “Summer of Mercy 2.0.” (Click here to listen to the talk) This nine-day event in Germantown, MD focuses on stopping the child-killing business of LeRoy Carhart, late-term abortionist. He does abortions through the second and into the third trimester.

Carhart flies into Maryland each week from Nebraska, because some smart state legislative efforts there drove him out. In 2010, the state of Nebraska passed a law protecting children in the womb who are capable of feeling pain. Based on scientific evidence, the lawmakers drew the line at 20 weeks into pregnancy, and prohibited abortion beyond that point. Other states to enact similar legislation are Idaho, Kansas, Oklahoma, and Alabama. The measure is under consideration in various other states as well.

The Alan Guttmacher Institute, which is the best source for abortion statistics in the United States, reports, “Sixty-four percent of [abortion]providers offer at least some second-trimester abortion services (13 weeks or later), and 23% offer abortion after 20 weeks. …11% of all abortion providers offer abortions at 24 weeks.” The institute also indicates that of the approximately 1.2 million abortions in the United States each year, some 18,150 are performed at 21 weeks or more. Of the 40 states that reported in 2005 to the Centers for Disease Control, 32 states reported abortions of babies 21 weeks or older.

This means that every day in America, 50 babies the size of a large banana are dismembered and decapitated – and these include healthy babies of healthy mothers…and it’s happening legally.

These are babies that the mother can already feel moving. According to MedlinePlus, a service of the U.S. National Library of Medicine and the National Institutes of Health, these babies are storing fat on their bodies, their heartbeat can be heard with a stethoscope, they can hear, they have eyebrows, eyelashes, fingernails and toenails. Incidentally, MedlinePlus calls them “babies.” (See www.nlm.nih.gov/MEDLINEPLUS/ency/article/002398.htm).

Many people wonder how they can get some traction in the seemingly intractable abortion debate. How can they get people to listen, or make pro-choice people believe that pro-life people have good reason to be against abortion? As I shared at the rally, let’s start by discussing the facts above.

It’s morally legitimate to focus on late-term abortion; that doesn’t deny that all abortion is wrong; it’s simply a way to get the ball rolling, to move from the most obvious to the less obvious. Most Americans oppose second and third trimester abortions, and we have to mobilize those people who, even if they self-identify as “pro-choice” and do not want to see Roe vs. Wade reversed, will nevertheless work with us to stop late-term abortions.

Both in Nebraska and Maryland, Carhart has been under investigation for breaking various laws and guidelines that govern the medical profession. Along with shining a spotlight on this misconduct, the pro-life movement has a key opportunity to focus the public’s attention on late-term abortion, and to bring it to an end.