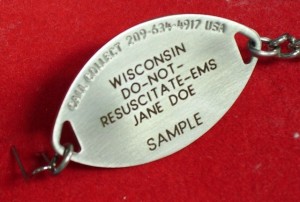 Steven Rattner, whose pedigree includes Wall Street financial expert and MSNBC’s economic analyst, is also a proponent of “death panels,” and he explains his use of the term in such a way that one is left wondering exactly what he would do with the ill and dying if he were in charge.

He recently opined in the New York Times after writing “We need death panels” that “unless we start allocating health care resources more prudently—rationing, by its proper name—the exploding cost of Medicare will swamp the federal budget.” After examining and dismissing both Obamacare and the Ryan plan, Rattner expounded on the virtues of cutting costs with abandon.

Writing in response to Rattner’s piece, Wesley J. Smith, a blogger and special consultant for the Center for Bioethics and Culture, not only disagreed but accurately assessed Rattner’s words when he summed them up by saying, “That’s what the technocratic class believes. We need to do away with the expensive and nonproductive rather than waste money caring for them.”

When poking around beneath the surface of this public debate, though, we discover that systems and practices are already in place and patients’ lives are at risk even now. In many cases, they have been at risk for years. For example, we are hearing more and more about a particular patient care order called Allow Natural Death (AND):

An order to Allow Natural Death is meant to ensure that only comfort measures are provided. By using the AND, physicians and other medical professionals would be acknowledging that the person is dying and that everything that is being done for the patient—including the withdrawal of nutrition and hydration—will allow the dying process to occur as comfortably as possible. While a DNR patient in Intensive Care might be put on a ventilator, given artificial hydration, or have a feeding tube inserted, an AND patient would have all of those things withdrawn, discontinued, or not even started, since such treatments are painful and burdensome for the terminally ill. The AND would prevent this unintentional pain and simply Allow a Natural Death.

If this sounds extremely cruel, you are getting the picture. The idea that helping a patient breathe or to be sustained with nutrition and/or hydration is actually causing pain is as absurd as the AND concept itself. There is nothing “natural” about willing the death of a person by taking steps to ensure his death.

Along these same lines, three years ago some who provide counseling to families confronting the imminent death of a loved one began replacing the term “do not resuscitate” with the term “allow natural death” to overcome the negative connotation connected with the former. In fact, studies have shown that AND is a palatable way of helping families who are confronting death—though as is the case with everything in medicine, the intent makes all the difference.

Let’s face it. When cost cutting is a priority, any idea that helps get the beds empty sooner is going to be embraced by a lot of these people.

This is perhaps why the New York Organ Donor Network (NYODN) wound up pressuring doctors to take organs before patients were actually dead. According to reports, NYODN is a federally funded organization that is alleged to have used pressure tactics to get “next of kin” to agree to organ donation or to sign organ donor cards on behalf of a patient unable to make that decision himself. Thankfully, a lawsuit has been filed—though there is only speculation about how it might end. Clearly it did not turn out well for the donors.

In another example, in Texas, a “death panel” slipped a DNR order into a 12-year-old’s medical file and, had it not been for the due diligence of his parents, the child would have died. By the way, in this case, the “death panel” was the hospital ethics committee. Not at all surprising these days.

And lest we dismiss such occurrences as nothing more than hype, all we need do is look across the pond where the number of DNR notices being imposed on patients without family involvement has become a national scandal.

My guess is the same could be said of the United States if not for the creative word manipulation currently in play thanks to medical ethicists who hide behind terms like “allow natural death” as they preside over patient suffering and starvation with a blind eye.

Callous disregard for the intrinsic human rights of individuals seems to be rampant in today’s society. This disregard only leads to sadness and death. Happiness and a love of each person—no matter how small or ill—will never be attained until we can effect change by teaching our society that each and every person must be valued and protected at all times.