Trending Now
You are at:Home»Columnists»Executive Privilege: The 2012 Election and the Power of Incumbency
By Dr. Paul Kengor on November 14, 2012 Columnists, Featured, Government & Politics 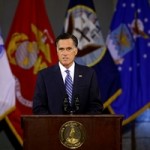 Mitt Romney lost the presidential race by only two percentage points. If the election had been held just a week earlier, when he was up in the polls, things might have been different. Nonetheless, Mitt Romney lost, and now a bitter debate has ensued over the future of the Republican Party, with liberal Democrats happily plunging into the debate.

There have been 19 incumbent presidents since Teddy Roosevelt, including Barack Obama. The vast majority of them—14, to be exact—were reelected. Only five of them lost: William Howard Taft, Herbert Hoover, Gerald Ford, Jimmy Carter, and George H. W. Bush.

What about the five that lost? A look at their losses is instructive.

Taft lost in 1912 to Woodrow Wilson, who received only 42 percent of the vote. What killed Taft and the Republicans was Teddy Roosevelt’s entrance into the race, splitting the GOP and much of the country. Once that happened, Taft was doomed.

Herbert Hoover lost because of the Great Depression. In fact, Hoover’s loss is indicative of what prompts most defeats of presidential incumbents: bad economies. That’s a pattern that would hold repeatedly, with one glaring exception: President Obama.

After Hoover, no president lost a reelection bid until Gerald Ford in 1976. Ford had never been elected in the first place. He assumed the awful task of replacing a disgraced Richard Nixon. And the economy under Ford was not good.

Ford was beat by Jimmy Carter, who presided over a terrible economy. Words like “malaise” and “misery index” became household words to describe the Carter years. By 1980, the economy under Carter was clearly worse than four years earlier. Ronald Reagan beat him in a landslide, taking 44 of 50 states.

The next incumbent to fail to be reelected was George H. W. Bush. Bush won the 1988 election largely on the strength of the Reagan years. He was the closest Americans could get to a third Reagan term. By 1992, however, Bush, who had fatally reversed his no-new-taxes pledge, was dealing with a recession. He also faced a third-party challenge from Ross Perot. He lost to Bill Clinton, who got about the same percentage of the vote that Woodrow Wilson did in the three-way race of 1912.

This meant that Mitt Romney, in seeking to defeat Barack Obama, had history against him—but with one exception: Though history showed that incumbents usually win, it also showed that incumbents with bad economies typically lose. By every objective measurement, the economy in 2012 was far worse than four years ago: 47 million on food stamps (up from 32 million); all-time record deficits and debit (dwarfing the Bush numbers); a surge in welfare rolls; chronic unemployment; a prolonged non-recovering recovery; 636,000 homeless; a doubling of gas prices; and on and on. No president since FDR in 1940 had won reelection with an unemployment rate above 7.1 percent. And for FDR, that number was a huge improvement from four years earlier.

How did Obama and his team overcome this? The answer: as exit polls confirm, they successfully blamed it on George W. Bush, with Bill Clinton aiding and abetting the process. There were no limits to how much they blamed Bush, and how much the blame worked with the Democratic base.

But even that doesn’t describe the full picture. Remarkably, Mitt Romney received fewer votes in 2012 than John McCain did in 2008, even amid the red-hot anti-Obama sentiment among conservatives and what seemed to be a genuine pro-Romney enthusiasm among Republicans. The enthusiasm was real, but it apparently wasn’t broad enough. And it wasn’t like there was huge enthusiasm for Obama, at least compared to four years ago. Obama got nine million less votes than he did in 2008. (Caution: more votes continue to be tabulated.) He is the first president to be reelected with both a lower number of Electoral College votes and a lower total of popular votes.

Yet, overall, we might frame the election of 2012 as one in which one of two historical forces would have to give: either the power of incumbency or the power of a bad economy.

In the end, Barack Obama, the incumbent, prevailed—barely.