Trending Now
You are at:Home»Featured»Following Jesus is Learning to Go Out of Ourselves
By Vatican Information Service on March 28, 2013 Featured, The Shepherd's Voice 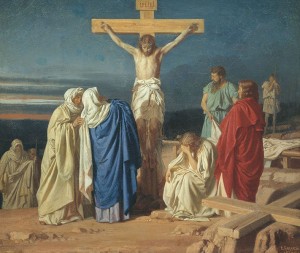 “I am happy to welcome you to this, my first general audience,” Pope Francis said to the thousands of faithful who filled St. Peter’s Square to participate in the Bishop of Rome’s first catechesis. “With gratitude and veneration,” he continued, “I take up this ‘witness’ from the hands of my beloved predecessor, Pope Benedict XVI. After Easter we will return to the catechesis of the Year of Faith. Today I want to focus on Holy Week. We began this week—the heart of the entire liturgical year—during which we accompany Jesus in his Passion, Death, and Resurrection, with Palm Sunday.

“But what,” the Pope asked, “does it mean for us to live Holy Week? What does it mean to follow Jesus on his journey to Calvary, toward the Cross and his Resurrection? On his earthly mission, Jesus walked the streets of the Holy Land. He called 12 simple persons to stay with him, sharing his path and continuing his mission … He spoke to everyone, without distinction: to the great and the humble … the powerful and the weak. He brought God’s mercy and forgiveness. He healed, consoled, understood. He gave hope. He brought to all the presence of God who cares for every man and woman as a good father and a good mother cares for each of their children.”

“God,” Francis emphasized, “didn’t wait for us to come to him. It was He who came to us. … Jesus lived the everyday reality of the most common persons. … He cried when he saw Martha and Mary suffering for the death of their brother Lazarus … He also experienced the betrayal of a friend. In Christ, God has given us the assurance that He is with us, in our midst. … Jesus has no home because his home is the people, us ourselves. His mission is to open the doors to God for all, to be the presence of God’s love.”

“During Holy Week we are living the apex … of this plan of love that runs throughout the history of the relationship between God and humanity. Jesus enters into Jerusalem to take the final step in which his entire existence is summed up. He gives himself completely, keeping nothing for himself, not even his life. At the Last Supper, with his friends, He shares the bread and distributes the chalice ‘for us’. The Son of God offers himself to us; puts his Body and his Blood in our hands to be always with us … And in the Garden of the Mount of Olives, as at the trial before Pilate, he makes no resistance, but gives himself.”

“Jesus doesn’t live this love that leads to sacrifice passively or as his fatal destiny. He certainly didn’t hide his deep human turmoil when faced with violent death, but he entrusted himself to the Father with full confidence … to show his love for us. Each one of us can say, ‘Jesus loved me and gave himself up for me’.”

“What does this mean for us? It means that this path is also mine, also yours, also our path. Living Holy Week, following Jesus not only with moved hearts, means learning to come out of ourselves … in order to meet others, in order to go toward the edges of our existence, to take the first steps towards our brothers and sisters, especially those who are farthest from us, those who are forgotten, those who need understanding, consolation, and assistance.”

“Living Holy Week is always going deeper into God’s logic, into the logic of the Cross, which is not first and foremost a logic of sorrow and death but one of love and the self giving that brings life. It is entering into the logic of the Gospel. Following, accompanying Christ, staying with him when he demands that we ‘go out’: out of ourselves, out of a tired and habitual way of living the faith, out of the temptation of locking ourselves in our own schemes that wind up closing the horizon of God’s creative action. God went out of himself in order to come amongst us … to bring us the mercy … that saves and gives hope. And we, if we want to follow and remain with him, cannot be satisfied with staying in the sheep pen with the ninety-nine sheep. We have to ‘go out’, to search for the little lost sheep, the furthest one, with him.”

“Often,” he observed, “we settle for some prayers, a distracted and infrequent Sunday Mass, some act of charity, but we don’t have this courage to ‘go out’ and bring Christ. We are a little like St. Peter. As soon as Jesus talks of his passion, death, and resurrection, of giving himself and love for all, the Apostle takes him aside and scolds him. What Jesus is saying shakes up his plans, seems unacceptable, the safe certainty he had constructed, his idea of the Messiah, in difficulty. And Jesus … addressing some of the harshest words of the Gospel to Peter, says: ‘Get behind me, Satan. You are thinking not as God does, but as human beings do.’ God thinks mercifully. God thinks like a father who awaits the return of his son and goes out to meet him, sees him coming when he is still afar … a sign that he was awaiting him every day from the terrace of his house. God thinks like the Samaritan who doesn’t pass by the unfortunate man, pitying him or looking away, but rather assisting him without asking anything in return, without asking if he was a Jew or a Samaritan, rich or poor.”

“Holy Week,” Francis concluded, “is a time of grace that the Lord gives us to open the doors of our hearts, of our lives, of our parishes—so many closed parishes are a shame—of our movements and associations, to ‘go out’ and meet others, to draw near them and bring them the light and joy of our faith. To always go out with the love and tenderness of God!”