Trending Now
You are at:Home»Featured»Outraged, Anyone?
By David Monahan on December 21, 2013 Featured, On Media 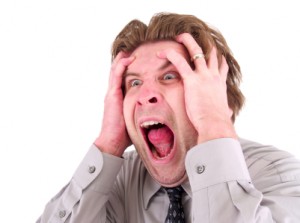 Outrage is one of the more useless categories of contemporary discourse. In fact it is anti-discourse, but no one seems to mind. The media dutifully report that “Victims’ Groups are Outraged” whenever the sub-secretary to the Council of Victims of Bad Things logs onto his twitter account and proclaims his fury at highschool reading lists, laws debated in congress and, above all, the opinons of other people. At the very least the media could demand evidence of each explosion of outrage, such as a hissyfit thrown on YouTube, recently filled perscriptions for high blood pressure, or restraining orders filed by ex-spouses, but I suppose that would mean doing research and reporters are not big on that, what with deadlines and all.

Outrage is given special moral status as an extension of the status given to victimhood. If you can cast yourself as a victim, you claim a high-ground in public discourse which precludes you from having to argue anything. Outrage trumps argument almost every time. Some outrage, fortunately, is filtered out. No one listens to the outrage of Protestant fundamentalists, except to cite it as more evidence that these people really should keep to themselves. Everyone pays attention to the outrage of Islamic fundamentalists, because those guys really will kill you if you do not toe the line. (Would you know that long ago, Islam was once the relaxed religion of middle-eastern aristocrats? Unreflective perhaps, but blessed with simple piety, a sense of justice, easy to remember doctrines, and tolerance of other faiths so long as they remembered to pay their taxes. When did it become the religion of temper tantrums?)

Benedict XVI is a lightening rod for outrage. His comments on the broader social context of clerical child abuse, on the anti-rational tendencies of modern Islam, or on the relative ineffectiveness of prophylactics in combating AIDS, all had the perpetual outrage machines working overtime to churn out press releases. These opinions of Joseph Ratzinger are not infallible, they could be argued with. So why respond to opinions with outage? Well, for starters, he is a smart guy and trying to argue with him is an easy way to look like a fool. It is better to challenge him on grounds that shy intellectuals like him would rather avoid.

On a deeper level however, outrage is symptom of the poverty of public discourse: we have despaired of making an intelligent argument. In part it is a result of Marx’s idea that all argument is nothing more than a cynical ploy to perpetuate power structures, an idea which has deeply infected the political left. On the other hand it must be admitted that what often passes for argument in the public square is a shouting match of talking points that reflect irreconcilable ideologies. The ideologies have different points of departure, different rules of logic, and though they may share the same words, they give them different definitions. All that is left is noise and spin, and nothing makes noise like outrage.

In fact it is easy to get anyone outraged for a spurt. Drape him in the flowing mantel of vicitmhood, unveil the manifold ways in which “they” are in cahoots against “us”, direct his new-found energy into pogroms, McCarthyism, or rallies in Wisconsin, and let him go. Manufacturing a suicide bomber is a different but related branch of the same science.

A word of advice to the spokespeople of the eternally outraged: if you really do have feelings of  rage as often as you claim, please see a doctor. There is medication for that kind of thing. With therapy and a pill, you can take control of your life again.