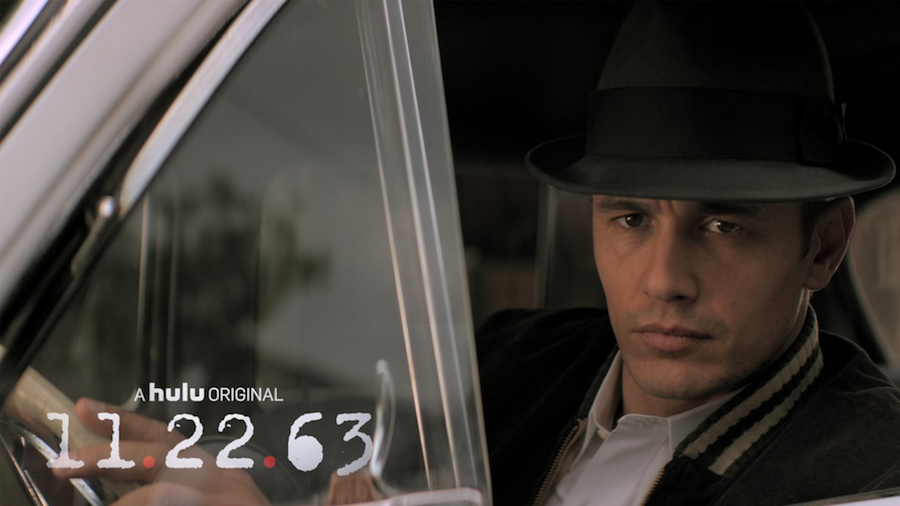 Hulu recently released an eight-episode miniseries based on the Stephen King novel, 11.22.63. I had  high expectations prior to its release given that the novel is one of my favorite books written by King. I am pleased to report that the miniseries exceeded my expectations. It was entertaining, well-acted, and even spoke to me on a spiritual level.

The miniseries followed the novel closely, and in many respects actually improved on the source material. James Franco played Jake Epping, a recently divorced English teacher, who is unexpectedly pulled into a mission to change history by stopping the assassination of President John F. Kennedy, which occurred on November 22, 1963. This opportunity is presented to him by a friend who owns a diner which contains a time portal to 1960.

The mechanics of time travel are not explained in any detail and this is a good thing. Sometimes it is better to leave the mystery. Instead, the focus is on the cast of characters that Jake encounters in 1960’s America.

Both the novel and the miniseries do a great job of lamenting the loss of some of the positive aspects of the era, such as the sense of community and decency, but are not so overly nostalgic that they fail to recognize the negative aspects of the 1960’s either.  This helps to paint a more nuanced picture of the time period than what is generally offered in most movies and television series.

As you can imagine, things do not go according to plan. The past doesn’t want to change. Further, Jake is left to ponder whether his actions will actually make things better. As the story unfolds, Jake is forced to come to terms with humanity’s limitations when it comes to shaping history.

I found that both the novel and miniseries spoke to me on a spiritual level. Like most people, I have pondered what I would do if I could travel back in time. Perhaps I would stop myself from making certain mistakes or encourage my younger self to take risks that would have paid off over the long term.

These are probably healthy thoughts to the extent that they help me consider how I should live my life going forward. Yet, like Jake, perhaps these thoughts conceal a more harmful tendency as well. As humans, we lack the ability to fully comprehend God’s plan for our lives. An apparent tragedy may have consequences beyond our understanding. Sometimes our desire to change or dwell on the past may blind us from clearly seeing that God’s plan may differ from our own.

Although I am not aware of any official Church teachings on time travel, I have come across sections of the Catechism on efforts to “unveil the future.” The Catechism sets forth that such actions “conceal a desire for power over time, history, and… contradict the honor, respect, and loving fear that we owe to God alone.”

While not an exact fit, this section of the Catechism does appear to address the central theme of 11.22.63. By trying to control the past, we are taking on a role that belongs to God alone. For only God can see meaning in both large-scale tragedies and our everyday setbacks.

While 11.22.63 doesn’t explicitly speak in theological terms, it does teach us about our limitations and the need to rely on God’s divine providence.  For this reason, I highly recommend both the novel and the miniseries.