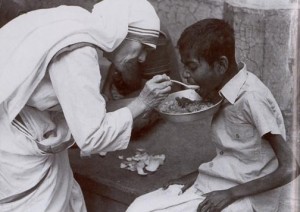 Before my conversion I engaged everyone I knew to see what they thought about everything I was discovering about Catholics. I had just finished reading Scott Hahn’s Rome Sweet Home and wanted to employ some of the tactics and sayings that worked for him on my opponent.   The usual reaction was one of apathy and my reaction to them was one of anxiousness, of impatience:

“That doesn’t make complete sense to you?”

“You need to be more concerned about the truth, this is perfectly simple!”

In my frustration, though my intention was correct, I would make sarcastic comments in a “hail mary” effort to zap the person out of their confusion. It didn’t work.

You see, in my conversion, I quickly dove into all the Traditions, the “solas”, and the history of the Church. I took the fast track to conversion. Secretly, also, I was aching for a change: I wasn’t as happy in Protestantism as my friend was. So, I took up the sword of the tongue and the arrow of impatience, and in my zeal, lost the battle.

Where I Went Wrong

What I said might have had a point, but how it came out of my mouth spoke more about how snide I was willing to be. Rather than make a sound argument and leave my friend to think about it, I essentially told my friend that he was wrong, dull, and slow to learn. His head dropped and in that moment I knew that I closed him off to all future dialog.

The fact is, conversion takes time, and as G.K. Chesterton said, “The Church is a house with a hundred gates; and no two men enter at the same angle.”

How I Should Have Spoken

Realizing that conversion was no easy feat for me, how could I expect to win someone over in a game of “20 questions” or “50 words or less”?

Heck, if I did win someone over within an hour or a night of debate, I would be more worried about the lasting effect my arguments would have on that person. If an individual takes months to decide what college they attend, who they will marry, or what career they will choose, then why would I put up such high demand for them to decide how they want to spend their early religious life or eternity?

I needed to be more relaxed on my expectation about their willingness to convert and listen. From there, after my expectation and attitude changes, I am better equipped and prepared to deliver little bits of evangelism to my friend. Mother Theresa did not demand conversion before she cared for her neighbors. Without even a word of scripture or a single debate about doctrine, she was able to win the hearts of the world and her patients.

A friend asked in a forum recently, “Do all converts need to hear the truth to convert?” I don’t think they do. Honestly, it wasn’t enough for me either. I was also loved into conversion. Because the person who explained the Catholic Church to me was also, if not even more, interested in me, my family, my spiritual health, and only brought up apologetics when I asked, it was far more stress-free to listen to what he had to say. So, my answer to my friend’s question: only some will convert because of the dogmas, traditions, and history, but all will convert because they feel loved.

As Pope Pius X so aptly put it in his encyclical E Supremi:

But in order that the desired fruit may be derived from this apostolate and this zeal for teaching, and that Christ may be formed in all, be it remembered, Venerable Brethren, that no means is more efficacious than charity. “For the Lord is not in the earthquake” (III Kings xix., II) — it is vain to hope to attract souls to God by a bitter zeal. On the contrary, harm is done more often than good by taunting men harshly with their faults, and reproving their vices with asperity. True the Apostle exhorted Timothy: “Accuse, beseech, rebuke,” but he took care to add: “with all patience” (11. Tim. iv., 2). Jesus has certainly left us examples of this. “Come to me,” we find Him saying, “come to me all ye that labor and are burdened and I will refresh you” (Matth. xi., 28). And by those that labor and are burdened he meant only those who are slaves of sin and error. What gentleness was that shown by the Divine Master! What tenderness, what compassion towards all kinds of misery! … Who will prevent us from hoping that the flame of Christian charity may dispel the darkness from their minds and bring to them light and the peace of God? It may be that the fruit of our labors may be slow in coming, but charity wearies not with waiting, knowing that God prepares His rewards not for the results of toil but for the good will shown in it.