Trending Now
You are at:Home»Featured»The Good of Conflict and Immorality in Movies
By Stanley D. Williams, Ph.D on September 7, 2011 Featured, On TV and Movies 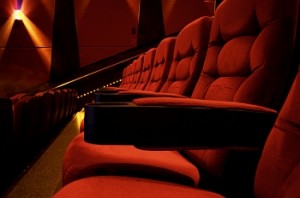 Often I hear Christians complain about the protagonist in a movie because he or she made one or more immoral decisions, and is therefore a poor role model. Another oft heard criticism is that movies are filled with too much on-screen conflict or violence, thus giving audiences the wrong idea about how to resolve problems.

These are definitely valid concerns to the extent that the on-screen portrayal of conflict and immorality is gratuitous.  But for most popular films there are some very good and moral reasons why movies must be about imperfect, immoral human beings, and why the conflict and suffering must be made visible.

The word “must” in that last sentence is pretty strong, so let me explain. In the history of civilization, stories have played a very important role in forming our culture by passing on history, defining cultural norms, teaching us how to deal with problems, and answering burning questions like, “Why is there suffering?”

Educational gurus might divide the world of learning into three kinds of instruction: (1) experience, (2) observation, and (3) lecture. Experience is the best teacher. Lecture is the worst. The reasons for that have a great deal to do with the number of senses, and consequently the degree of emotional involvement of the learner. The greater number of senses involved, the greater the emotional tension, and thus the deeper the learning.

Whereas lecturing involves only one sense — hearing, experience demands the active participation of all six senses [1].

Experience also involves physical and emotional risk. Risk situations cause the release of adrenalin into our brain etching deeper memories about the experience and its lessons.

Somewhere between experience and lecture is observation, and the modern “movie experience” that is closer to SIMULATION.

Why simulation? The darkened theater is replaced by extreme realism, and audience members are transported into the on-screen character’s world. To a great extent, movies become so real for audiences that they are almost as good a teacher as experience itself…including the sense of personal risk.

But, do we want movies to teach us things? After all, the people making movies, so conservative Christian sentiment goes, are immoral pagans who ridicule God, don’t go to church, and well, do everything in their life wrong. On some level, with some filmmakers, that can be true. Yet, when it comes to moral lessons that agree with Judeo-Christian values, there is an astonishing phenomenon.

As it turns out, when a movie conveys moral truth it “sits right” with audiences, and word of mouth increases the film’s popularity, tremendously. Conversely, when a movie is morally deceitful, people avoid it. Over the years, filmmakers have recognized this. (Actually, in The Poetics, Aristotle was the first to write about the correlation between the truth of a play’s moral message and its popularity.) As a result, today, it is a safe bet that a box office success is also a movie that conveys a true moral message [2]

All of that brings me back to the criticism about immoral characters and on-screen conflict. Without these elements movies would be incapable of presenting positive moral messages, infusing us with hope, or suggesting answers to why we suffer. If we remove the immorality and conflict we are left with no drama, no story to tell, and no lesson to learn. Showing the problem allows us to learn how the protagonist overcame it, or the consequences if he doesn’t.

Here then are seven reasons why the appropriate, and not gratuitous, portrayal of conflict and immorality are necessary, not just in motion pictures, but in all stories, if those stories are to effectively teach us moral lessons.

1. Identity. Conflict and immorality are revealed in the life of a protagonist who is like us. This allows us to identify with the protagonist, and see that his problems are, or could be, ours.

2. Meaning. How the protagonist resolves the conflict and immorality reveals the meaning of the associated suffering. We translate that meaning to the suffering in our lives.

4. Hope. The protagonist’s hope and perseverance in dealing with the conflict and immorality allows success. We are thus encouraged to hope and persevere, and likewise overcome our problems.

6. Sacrifice. On screen heroes often suffer and sacrifice emotional and physical loss in their effort to love and save others from harm. Those are examples to us, of how we are asked to love our neighbor and families, and resist sin, even shedding our own blood in the process. [Footnote 3]

7. Visible. Movies are really about spiritual and emotional conversion. But since we can not see such journeys, filmmakers make the reality of that most important journey visible in the physical realm, as a metaphor. While we may think our spiritual journey is only spiritual or mental, the proof is in our behavior, in our actions and works. What we do in the physical realm represents exactly what is going on inside.

So, the next time you go to a popular movie, recognize what it is you’re watching. Look for and analyze the moral messages, and recognize that without the appropriate portrayal of conflict and immorality, there would be little to be learned about how to live in our conflicted and spiritually dangerous world.
______________________________________

[1] There are six, not five senses. Most forgotten is the kinesthetic sense by which you sense your balance and the position of parts of your body in space, and necessary for any physical activity — including sitting in a chair during a scary movie.

[2] Whether a movie conveys a morally true message has nothing to do with its ratings or appropriateness for children. See MEANINGLESS RATINGS.

[3] “In your struggle against sin, you have not yet resisted to the point of shedding your blood” Hebrews 12:4.