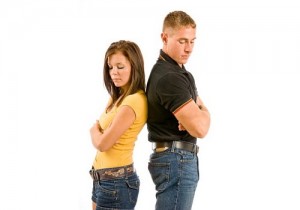 Have you ever given or received the silent treatment? Chances are good that most of you have.

It’s not the silence that is the problem. It’s the intent behind it. There’s nothing wrong with silence. But when you purposely ignore a person whom you love or are developing a relationship with, that’s not good. Obviously, there is hurt involved, which turns to anger, which compels the retaliation to hurt back, known as the silent treatment.

Why does anyone find it helpful to hurt someone back who has hurt you? Yet, we do just that. It’s like it’s second nature. You get hurt in some way. Then you’re angry and desire to cause pain to the person who hurt you.

But why the silent treatment? What is accomplished in purposeful silence toward the person you are with that is better than yelling at them or talking angrily to them about why you are mad?

There are two key things here: 1) the absence of talking and 2) the distorted presence of silence.

Silence is important to every individual’s life, and also important to growing in love with another. There is the silence we should seek out daily which allows us to connect with God through prayer. To avoid finding quiet time to be with God or just to be alone with your own thoughts is to condemn yourself to the need for audible distractions.

Perhaps you always have the TV on, even when you don’t really watch it, or have the iPod piping music into your ears in between work and home because the alternative silence is too unbearable. We connect with ourselves and with God via silence. We refresh our spirit and keep focused on what is important as we continue daily life in this world.

There is the silence that naturally happens in a positive way in any relationship that is deepening. As love grows, the need for words lessens. Therefore silence is that wonderful companion to two lovers who no longer feel the pressure of filling dead air with the sound of words spoken. They delight in simply being in each other’s presence. That experience in is a symbol and imitation of the love we should experience with God.

Because of our love for silence, we are not so addicted to noise, thus sparing the person we are dating the need to hear ourselves talk, and developing the habit of being a good listener.

So silence is a friend, indeed. But only when it is natural.

It is completely unnatural, and harmful, to impose silence in a relationship at times when it is not called for. When you create a prolonged silence your intention is not only to extinguish verbal communication, but also to ignore the person.

Why is this so harmful? Probably most people who inflict the silent treatment on another do not think of it this way, but it is no less true: when you purposely ignore someone, you are indicating that you wish they did not exist.

I will say that again. When you purposely ignore another fellow human being, created in the image and likeness of God, who shares the same requirement for human dignity that you do, you are indicating outwardly and publicly that you wish that person did not exist.

No matter what anyone has done to us, no one deserves this kind of treatment. The silent treatment should be renamed the “Wish You Didn’t Exist” treatment. Perhaps then we might rethink choosing to do it to someone.

You might think I am making too big of a deal of something that is basically just a normal, every day type of spat couples who are fighting go through. Perhaps you are right. But I think we let ourselves get away with too much cruel behavior with fellow human beings, particularly those whom we are building or have deep relationships with, and then excuse it as being “normal” and part of the territory.

That is not the standard Christians should hold themselves to. I don’t think is fine for any decent human being, but certainly not for Christians. We have been given a high standard of love that starts with the dignity of all human beings to be respected by each other.

There’s no place for the silent treatment among mature adults. If you have a problem with someone, you need to find your own dignity. Maturely present your problem to the person you have the problem with in an appropriate manner. If your anger gets the better of you, then fine. But be quick to apologize and make things right, and have a firm purpose to not behave like that again.

How should one best handle the silent treatment? First of all, do not accept it by letting the person get away with it via leaving them alone or avoiding them while they are in this mode. Don’t return silence with silence. You risk making things worse and getting yourself caught up in the silent treatment by your own resentment.

Best to be yourself. Be normal. Talk to the person as you normally would. If they do not answer you or keep ignoring you, let it go. Be honey, not vinegar. Don’t address the treatment directly by asking when they are going to talk to you again. Be sweet and inviting, without being insistent that it stop.

Your hope is that you will defuse the situation and make it more inviting for that person to come out of the silent treatment cage they entered voluntarily. Remember, this person put themselves in hell. You must be heaven to them, and as inviting as possible.

As you go through the dating process and seek to fall in love, get married, and have a family, live the common sense words of Our Lord when he said, “Do unto others as you would have them do unto you.”