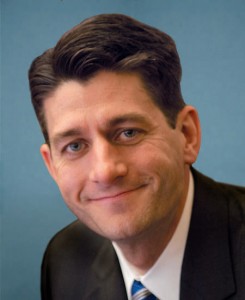 While the battle over the 2011 budget and serial CRs (continuing resolutions) has been noisy, the amount of real money actually cut and to be cut from the federal budget is modest relative to its engorgement since 2008.

Writing in the Wall Street Journal, a Nobel Prize winner, a former Secretary of State, and a Stanford professor of economics point out that, if the House Republicans succeed in passing its budget plan, HR1, it would represent only a modest cut in spending in percentage terms.

Given the time lag between budget authorization and its translation into actual government spending, “outlays will only be $19 billion less in 2011 with HR1, meaning it would take spending to 24% of GDP in 2011 from 24.1% today,” write Gary S. Becker, George P. Shultz and John B. Taylor. This down payment on a ten-year schedule of budget restraint is a prudent, gradual approach to fiscal reform over time in their estimation.

Of course, God made the Tea Party movement to be impatient and a scourge to complacency. In this He and it succeeded masterfully. They, the Tea Party not God, will soon have little to grouse about going into the fight over the 2012 budget, the first one on which Speaker John Boehner and Budget Chairman Paul Ryan will be able to put their indelible mark. Compared to the 2011 budget fight, and given the complete no-show on fiscal and entitlement reform by President Obama, what is coming is without precedent in the history of modern American politics: thermonuclear budget war.

On Fox News Sunday Chairman Ryan  indicated that his proposed package of entitlement and tax reforms will exceed $4 trillion over the coming decade.

“We are giving them a political weapon to go against us, but they will have to lie and demagogue to make that a weapon,” said Ryan. “Look, we don’t change benefits for anyone over the age of 55. We save Medicare. We save Medicaid. We save these entitlement programs. We repair our social safety net and we get our country a debt free country for our children and grandchildren’s generation. And we get jobs, we get economic growth.”

“They are going to demagogue us and it is that demagoguery that has always prevented political leaders in the past from actually fixing the problems. We can’t keep kicking this can down the road. The President has punted; we’re not going to follow suit. And yes, we will be giving our political adversaries things to use against us in the next election and shame on them if they do that.”

Ryan, a mild-mannered Midwesterner, seems to have about had it with the White House. He is throwing the first punch in what will be a brutal political engagement, prefatory to the 2012 elections, a kind of Spanish Civil War before the German invasion of Poland.

Ryan’s strong language is a measure of the strong feelings generated over the psychological warfare, still ongoing, in the fight over the continuing budget resolutions for 2011.  As I say, we are heading into thermonuclear warfare, politically speaking that is.

Ryan has the better of the argument. He should keep his focus, though, on the independent voter rather than the White House. He will win this one by addition not subtraction.