Putin Calls for Three-Child Family to Become the Norm 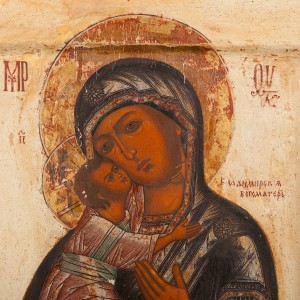 What do you do when your country is dying, one coffin at a time? Well, if you are Russian President Vladimir Putin, you call upon Russian couples to be fruitful and multiply, and have at least three children.

It is hard to exaggerate the demographic straits that Mother Russia finds itself in. According to the projections of the UN Population Division–we are speaking here of the so-called “low variant,” historically the most accurate–the Russian population will shrink by more than 30 million by mid-century if current trends continue. The population will age rapidly, from an average age of 37.9 in 2010 to and average age of 49 by 2050. In other words, most Russians will be beyond their childbearing years, and Russia’s demographic fate will be sealed.

The economy will follow the population into the tank. No economy can thrive when a population is moribund, filling more coffins than cradles.

This is not the first time that Putin has urged his fellow citizens to be prolific. In fact, he has been working more than a decade to reverse his country’s demographic decline.

Back in 2005, Putin announced that Russian couples would receive the equivalent of $9,000 upon the birth of a second child or higher order child. While this baby bonus created a bump in the birth rate, the numbers of births have begun to level off again. Many couples have already reached their desired number of children, received their bonuses, and are aborting any subsequent children they conceive. Abortion is still occurring in epidemic proportions in Russia. The birth rate has remained slightly higher than before, but is still too low to offset population losses. Russia continues to lose several hundred thousands people a year.

Putin took the occasion of his annual State of the Nation address to issue a call for more children. “The three child family should become the norm in Russia,” he declared. Since the average Russian woman has only one child, this would mean a considerable increase in fertility. Along with encouraging Russian women to have more children, he said, Russia must also look for ways to support and help them once they have had the children.

Putin was vague about what this additional support might entail, but his administration is in discussions with pro-life and pro-family groups on this point.

For their part, hundreds of pro-life and pro-family organizations, together with large families and activists from all over the Russian Federation, are joining together into a National Parents Association (NPA).

The CEO of the fledgling NPA, Alexey Komov, says that “President Putin, in his inaugural address, gave a clear message to everyone: Three children must become the norm in Russia or the country will face a serious demographic challenge going forward. We at the NPA are promoting the natural family-a husband and wife and their natural or adoptive children–and are in dialogue with State authorities to define effective family and demographic policy.”

One major obstacle to raising the Russian birthrate is the prevalence of abortion. The average Russian woman has seven abortions in her lifetime. As long as society fails to recognize the value of human life, and wantonly destroys it in large numbers, it will be difficult to establish a new three-child norm. Abortion must cease being a way of life in Russia if her people are to survive.

Putin has given Russian families a tangible incentive, the baby bonus, to have children. He and his administration are now attempting to shift cultural norms in favor of the three-child family.

But whether or not he succeeds will depend upon pro-life and pro-family advocates like Alexey Komov, and their efforts to turn Putin’s exhortations and financial support into a nationwide movement. On their success hinges the fate of the Russian people.