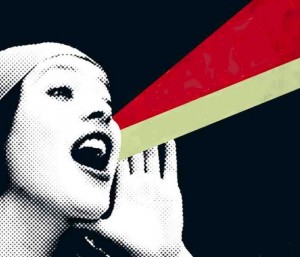 According to liberal feminists like Nancy Pelosi and Planned Parenthood CEO Cecile Richards, opposition to the Health and Human Services mandate forcing religious employees to cover contraceptive services amounts to a misogynistic “war on women.” The media is often all too willing to repeat these women’s views as being representative of the female population at large, but is this what most American women really think, themselves?

Last month a CBS/New York Times poll revealed that a majority of women (46 to 44 percent) think that employers should be allowed to opt out of birth control coverage in their health-care plans based on religious or moral objections.  When asked about religious affiliated employers, approval for opting out of birth control coverage jumped to a 15-point margin, 53-38 percent.

Giving voice to these shared concerns is the “Women Speak for Themselves” campaign initiated by Helen M. Alvaré JD, associate law professor at George Mason University and Kim Daniels, former counsel to the Thomas More Law Center.  Women Speak for Themselves is an open letter to President Obama, Secretary Sebelius and members of Congress telling them, “Don’t claim to speak for all women.”  “We are women who support the competing voice offered by Catholic institutions on matters of sex, marriage and family life,” the letter reads, and so far it has been signed by over 25,000 women.

“No one speaks for all women on these issues,” the letter goes on to say. “Those who purport to do so are simply attempting to deflect attention from the serious religious liberty issues currently at stake.”

In an email to supporters, Prof. Alvaré said that the letter has gotten quite a bit of widespread attention, being mentioned on The Daily Show with John Stewart, noted in the Washington Post, The Hill, and in numerous religious radio and print outlets. On March 8, the campaign was featured in a segment on EWTN’s The World Over Live with Raymond Arroyo, generating thousands more signatures. Students for Life promoted the letter on a webcast they hosted last month and Alvaré spoke about it to the nationally broadcast Laura Ingraham Show.

As impressive as all of this is, however, more is needed. “We still need your help,” wrote Alvaré.  “If the letter is to have full impact, it’s got to be pushed LOCALLY.”  A few quick and easy ways that women can help spread this message, Alvaré suggested, are to:

For those who really want to make a statement and help, Alvaré suggested the following:

Take it along with a group of your female friends to a local Congressperson’s or Senator’s office.  It’s not hard or intimidating to go to these offices…in fact they’re a little frightened of YOU, especially when you show up with a group, and present a clear demand.

“This is a critical issue that needs your support,” Alvaré said.  “One voice cannot move a nation, but many together can.”

Ladies, let’s help get the word out that Nancy Pelosi, Planned Parenthood and the like don’t speak for all of us when they claim that efforts to protect religious liberty are a war against women’s “rights” to contraceptives. Visit http://womenspeakforthemselves.com/ to sign the letter and pass it on to your family and friends.