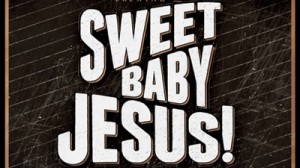 A trip to my local Giant grocery store the other night brought an unpleasant surprise. Back near the store’s beer coolers, clerks were stacking case upon case of a new beer. It’s name? “Sweet Baby Jesus,” a ‘craft’ beer brewed and bottled by a local Baltimore company, DuClaw Brewing Company.

“Sweet Baby Jesus,” launched about a year ago, recently became one of DuClaw’s best-selling beers. Thanks to a recent plug from Uncrate, a digital buying guide for men, “Sweet Baby Jesus” beer is drawing attention from reviewers and expanding its appeal beyond Baltimore, into New Jersey, Virginia, and surrounding states. Critics call the ‘chocolate peanut butter’ porter beer “truly exceptional,” graced with a “creative name worth repeating.”

That “creative name worth repeating” just happens to be the name of the Lord.

These days, taking a celebrity’s name ‘in vain’—without permission—to sell a product guarantees a public rebuke and litigation threats from the celebrity’s lawyer. But taking the Lord Jesus’s name in vain to sell a parochial brew passes for urbane wit and draws a cosmopolitan snicker. One Philadelphia reviewer honored the beer with a “Best Name” award, tittering over the fact that ‘Sweet Baby Jesus’ is “a tiny bit blasphemous.”

Believers know that it’s not possible to be a “tiny bit” blasphemous. “From the rising of the sun to its setting, the name of the Lord is to be praised,” according to the Psalms. The Second Commandment—“You shall not take the name of the Lord your God in vain”— forbids “the abuse of God’s name.” The sin of blasphemy includes using “the name of God [and]of Jesus Christ in an offensive way.”

The mocking use of God’s name is not some “tiny” offense, because God is not some tiny creature. He’s our Creator. Respect for his name shows respect for God himself and for “the whole sacred reality.”

Slapping ‘Sweet Baby Jesus’ on a bottle of beer profanes his sacred name. Downing a ‘cold one’ that bears the name of Jesus, and then tossing it in the trash (or recycling bin, for those who reverence mother earth), alongside half-eaten chicken wings, soggy paper towels, and the dregs of last night’s party communicates a profound disrespect for the reality of the Person whose name it bears.

But the DuClaw Brewing Company doesn’t give a whit. Its marketing campaign shamelessly trades on the name of Jesus, using religious imagery and language to hype the product. According to local sources, the company promoted the beer’s release with the boast, “One sip and you will exclaim the name.” The company’s website pitches a “Sweet Baby Jesus!” pint glass “featuring the ‘Sweet Baby Jesus!’ logo on one side and ‘The name says it all’ on the other.” It exhorts drinkers to “Exclaim that name!” (Abbreviated as #SweetBJ) And for 20 bucks, a woman can buy a “Sweet Baby Jesus” t-shirt that will “exclaim the name” on her “torso…so that you can look good and feel good while you drink even better.” (Guys can shell out $20 for a similar product.)

As a craft brewery, DuClaw makes money only if it sells something interesting, but it seems to have confused ‘interesting’ with ‘demeaning.’ It brews other beers with offensive names, such as “Bare Ass Blonde Ale” and “Anti-Venom Cluster F#@k,” but ‘Sweet Baby Jesus’ is the Brewery’s bestseller. Its distribution circle appears to be expanding rapidly, too. Within a ten-mile radius of my home, for example, over a dozen grocery chains and specialty stores have begun carrying it.

Why would DuClaw choose a product name that is likely to offend a wide base of potential customers? (Most Christians do drink, after all.) And why would a major grocery chain, with many Christians among its most frequent shoppers, stock a specialty product that gives a blasphemous slap in the face to the Christian God?

I suspect their market research tapped into a troubling truth: few people—even Christians—seem to care whether the name of Jesus is treated with derision or respect. And Christians who are offended by the blasphemy most likely will shrug and say nothing. (Can you imagine the Muslim community’s likely response if a retailer stocked a beer profaning the name of Mohammed?)

As a private company, DuClaw Brewing Company enjoys the freedom to name its products as it chooses, within relevant legal boundaries. Its only branding “principle,” the company boasts, is to “make it cool.” And blasphemy, apparently, is “cool.”

Which leaves us with the real question: What does it say about us when a company blasphemes the name of Jesus in order to sell beer in mainstream markets—and succeeds?